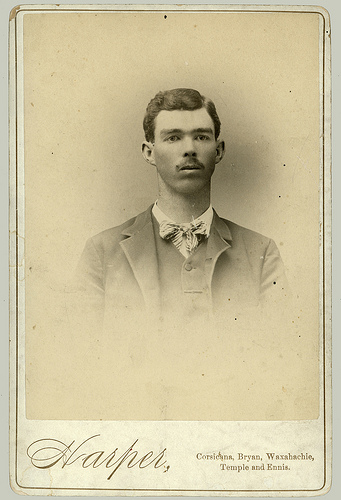 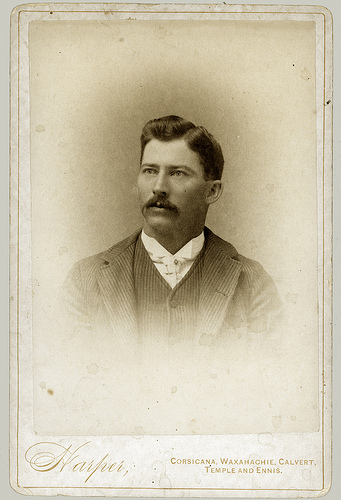 
Harper or “Harper and Co.” could have been any one of several photographers.

Since the cabinet cards vary in the imprinted information perhaps there might be a way to discover which designs were used when. But quite likely the variations only designate WHERE they were produced.

Some of these are obviously the same studio. The cards labeled Corsicana, Bryan, Waxahachie, Temple and Ennis are probably all the same photographer, or at least the same business. The cards stamped Galveston, Austin, Marshal, Houston and Dallas might be just branch offices or perhaps another Harper entirely. 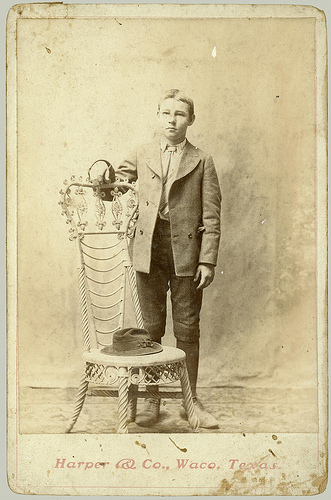 Card # 03 - Photographer: Harper & Co.
Waco, Texas
And here is
ANOTHER PHOTOGRAPH
By Harper & Co. of Austin and Galveston 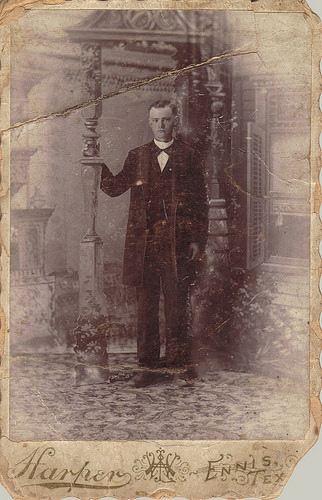 
This card was sent to LOST GALLERY by a contributor in Ennis, Texas who says the gentleman in the photograph is an (as yet) unknown member of the family.
This card also has an initial crest with the letters L. W. H. 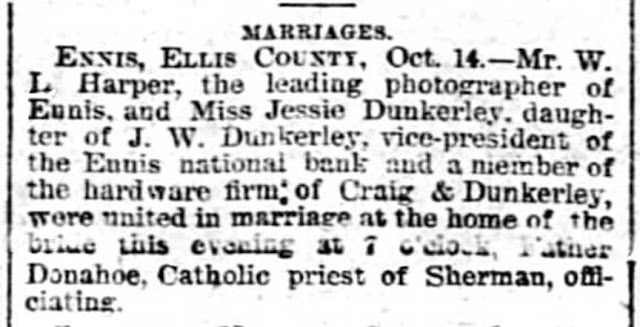 This is a set of cabinet cards from the site called Slices of Time. Each is by a photographer named Harper.
Click on the card to see full details of each.

Note these are very low resolution scans so they are not shown full size here. The design of the card and the towns listed in the imprint might help date some other cards. 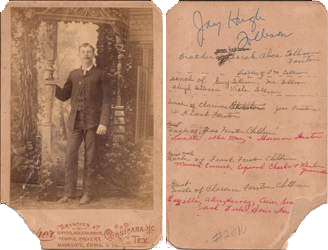 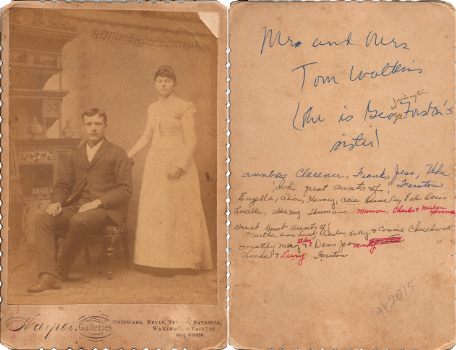 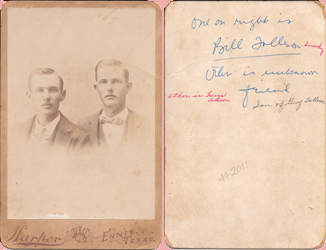 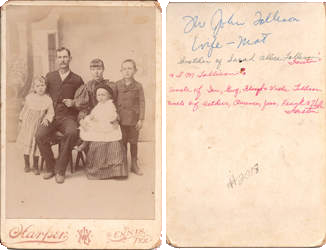 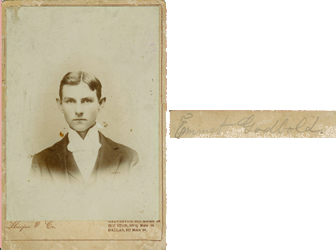 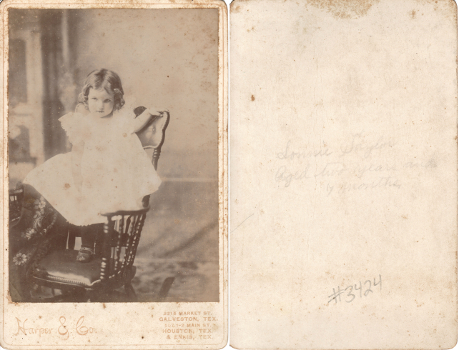 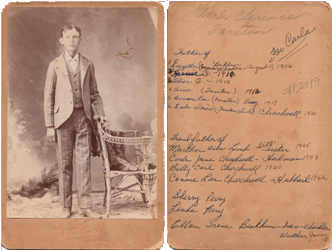 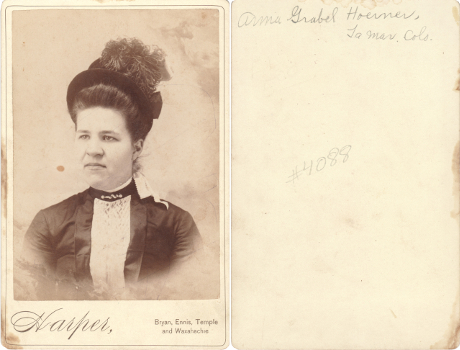 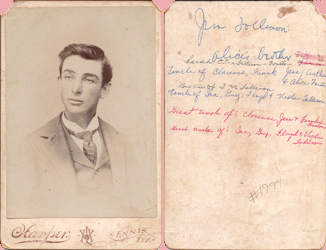 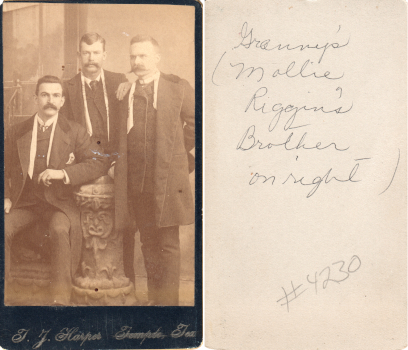 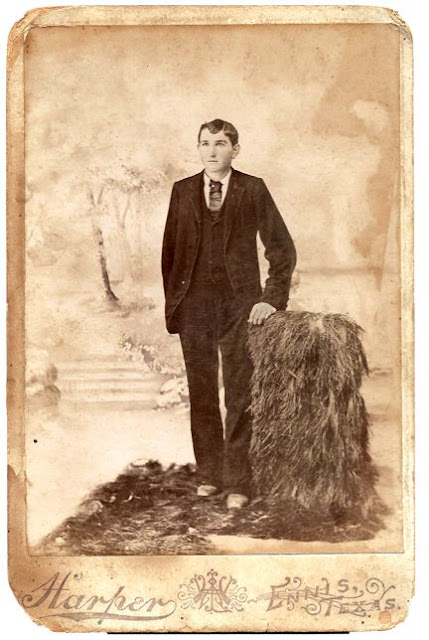 
Until more is known about how many photographers are involved here, the research will concentrate on L W Harper and E L Harper. Both were living in Ennis, TX, during the cabinet card era. There is at least one record found so far that connects them to photography.

As more information is found on these photographers a separate page with biography and timeline will be developed on each. 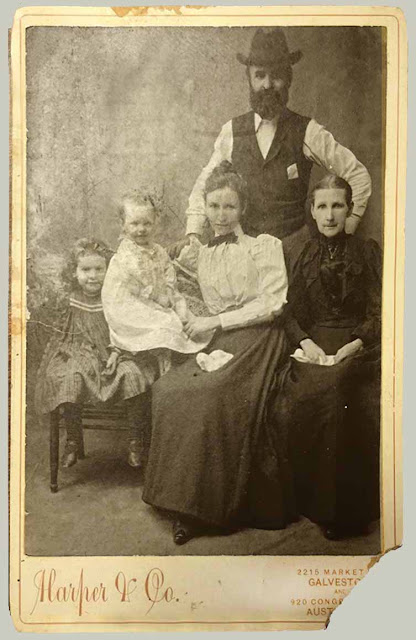 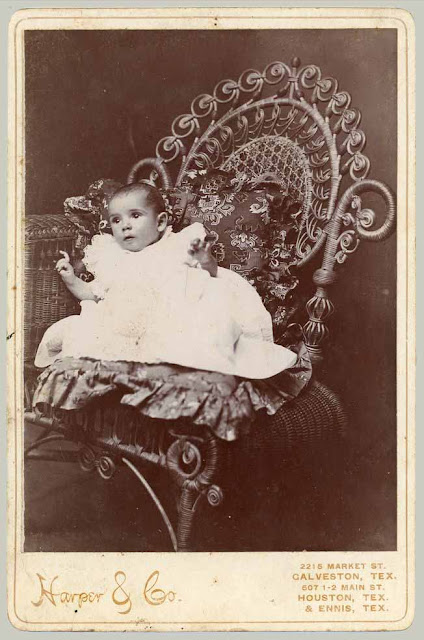 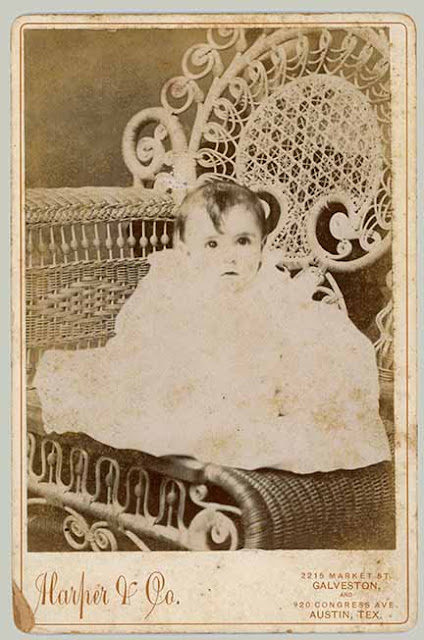 Note that the same rattan chair was used in the two baby pictures at the left. 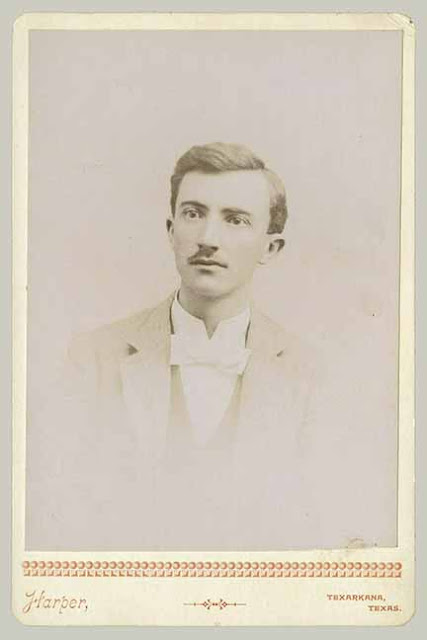 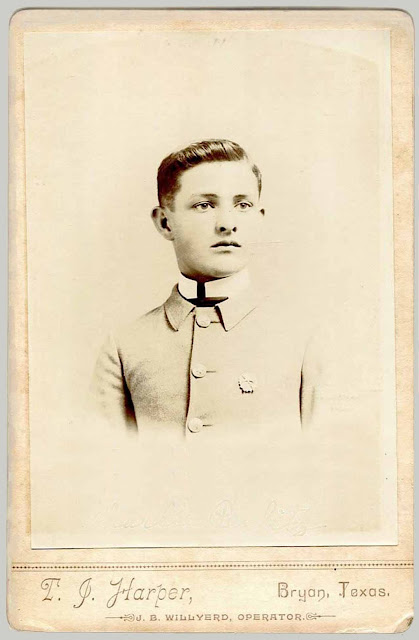 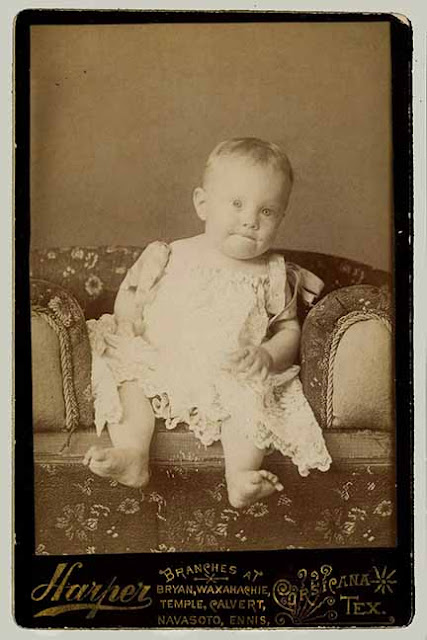 Email ThisBlogThis!Share to TwitterShare to FacebookShare to Pinterest
Labels: Harper of Texas