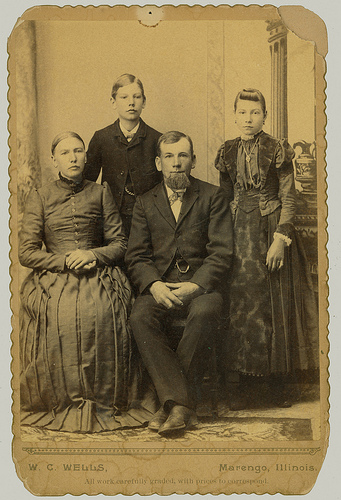 It appears Walter Wells was a photographer from about 1850 to about 1903. He worked with the Daguerreotype until the popularity of the cabinet card started in about 1863. While he had small galleries in some small towns, his main established studio was in Marengo, IL. There is some indication he also had a gallery in Rockford, IL, after his move there around 1904, but probably not as his health was failing by then.

The cabinet card at the top was probably finished between about 1885 and 1900. The style of the card was popular in the same time period. 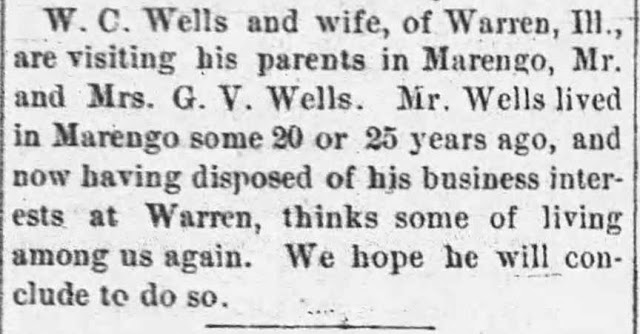 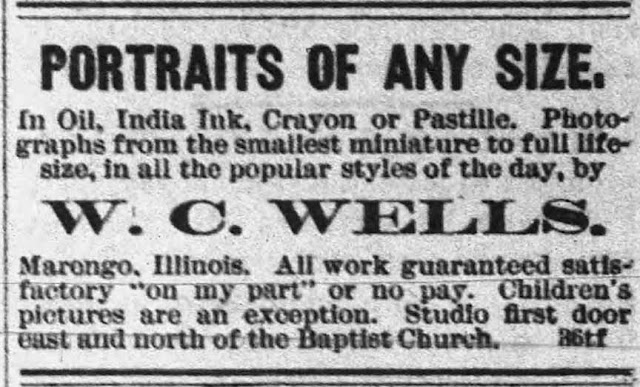 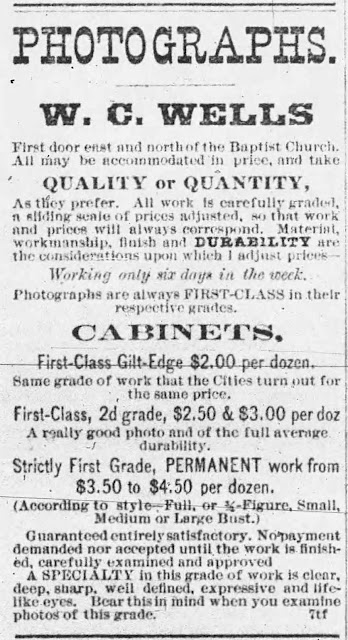 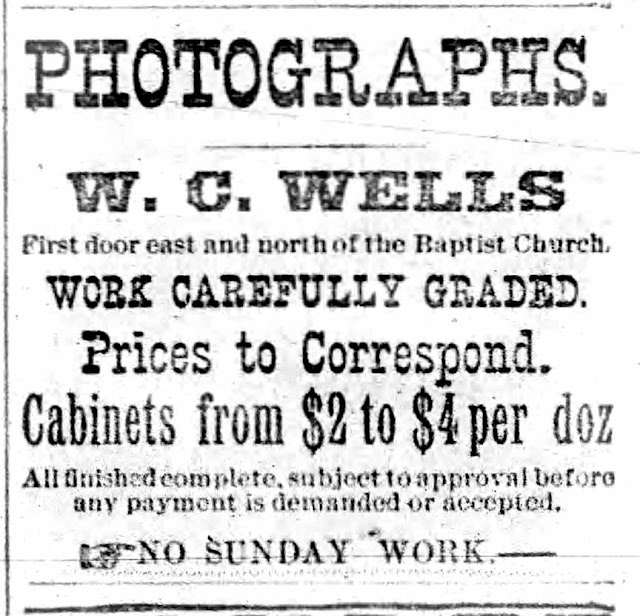 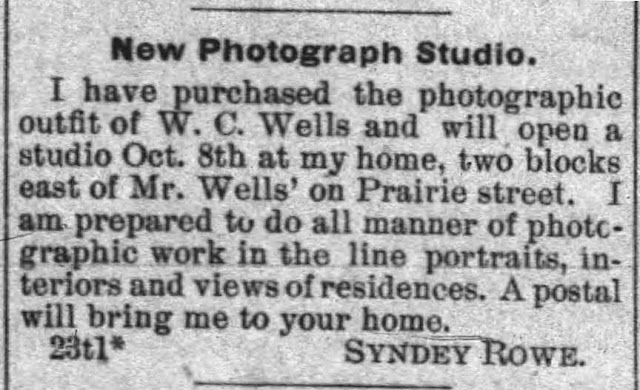 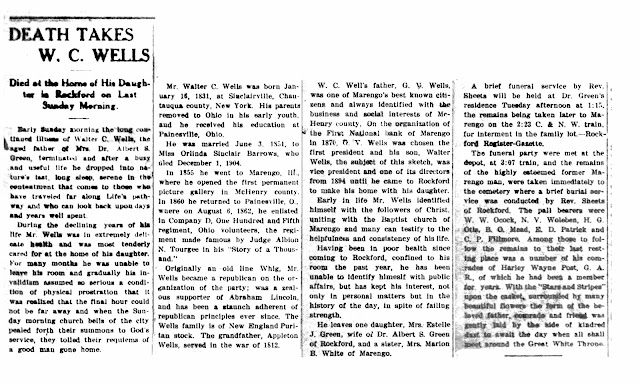