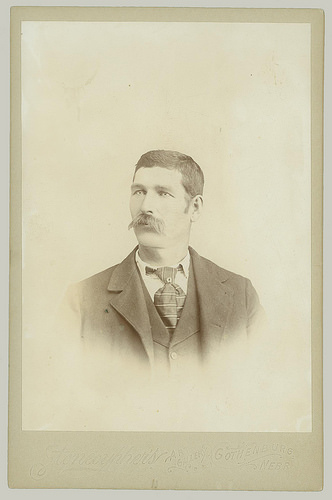 The assumption that the photographer's name was Stone has revealed nothing. There were no photographers named Stonegrapher found within 300 miles of this small town in Nebraska during the later half of the 19th century. Research is on hold until more information emerges.