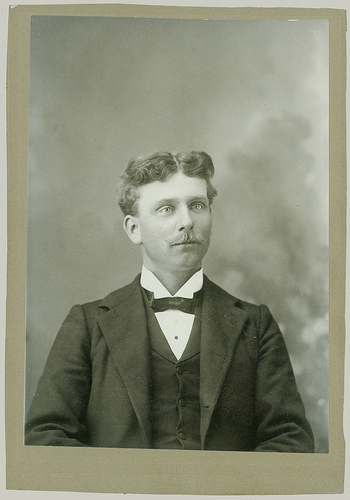 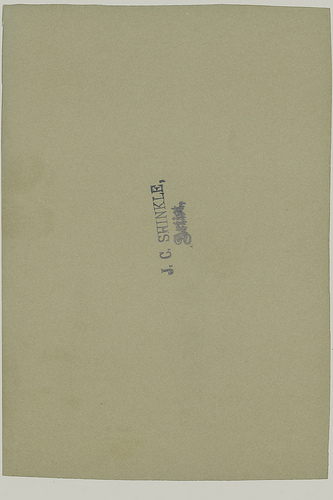 Reverse of card at the left.
This may not have been a cabinet card but the original mounting board is trimmed to that size.

He was married and began his photography career about the same time, 1884. According to his obituary, J. C. Shinkle built his own camera and ground his own lens.

Some of his most well-known photographs were of the town square in Harrisonville, MO, in 1896. They appear in
“Images of America: Harrisonville”
by Carol Bohl and David R. Atkinson.

Shinkle worked in Missouri until about 1910 when he moved to Woodland, CA.

Shinkle closed his studio in Woodland, CA, about 1920 and operated studios in Colusa, Oakland and Stockton, CA. He died in 1938.