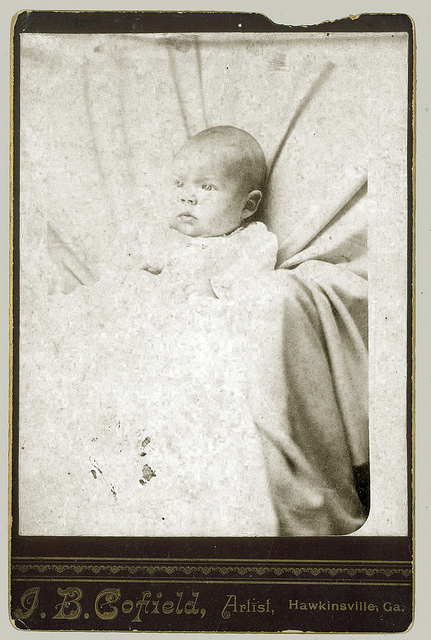 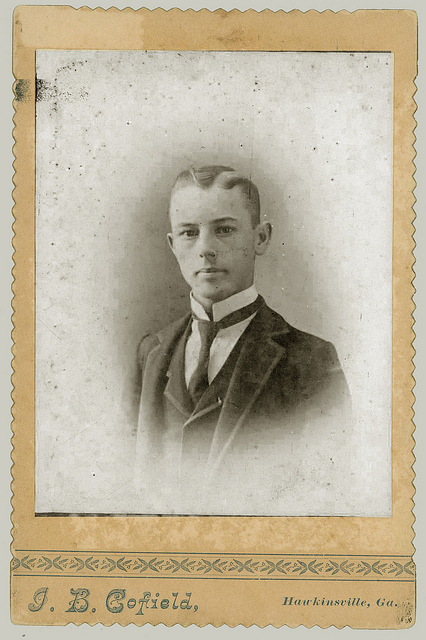 One genealogical narrative account found on-line says J B Cofield started with a gallery in Perry, GA, before opening his studio in Hawkinsville where he was working in 1880. He apparently remains in Hawkinsville until his death in 1916.

Another account says that he traveled through Georgia photographing the people of the region while he kept a studio in Hawkinsville for fifty years.

The cabinet cards here must have been done after his move to Hawkinsville, sometime before 1880 and his death in 1916. The style of the deckled edge card on the far left would most likely be from 1886 - 1900. The general style of the baby portrait cabinet card would indicate 1885 to 1895.