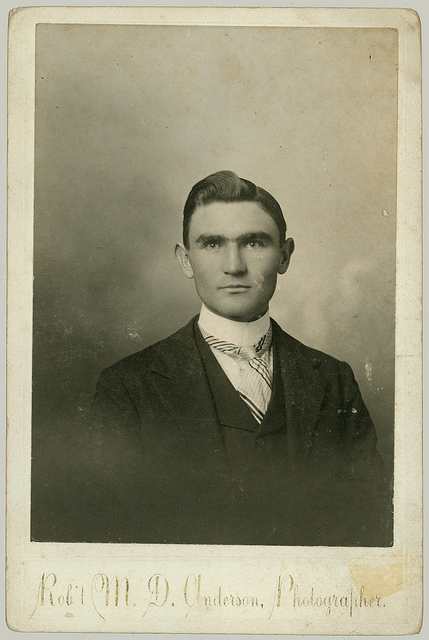 
Robert M. D. Anderson was born in 1860 in Maryland. His photography business was conducted mostly in Fayetteville, Tennessee. Although he was in the US census five times, few other documents have been found relating to Robert M D Anderson.

The couple had three children but apparently none of them survived infancy. Wife Amy M. Anderson gave a different age at each census.

This cabinet card must have been finished before he moved from Fayetteville to Rockwood.