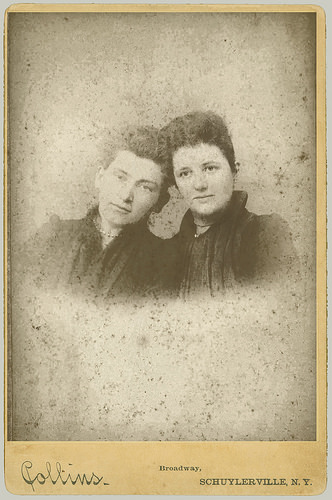 
Collins seems a very common name in New York State around the turn of the 20th century.

One Collins found connected with photography was Henry A. Collins in Courtlandville, New York in the 1880 US Census. He is listed there as 21 years old and his profession described as “works for photographer”. He is a lodger in the same house as Irving C. Page, photographer. He was born in New York and his parents came from England.

This however, is the only item found of photography with any Henry Collins.

If the photographer was Henry Collins, it appears he was only in the business for a short time.

Another possible choice is Harry S. Collins. (1862-)
Harry S. Collins emigrated from England in 1887 and lived in New York State for the rest of his life, always as a photographer. But there is no documentation saying he was ever in Schuylerville, New York.