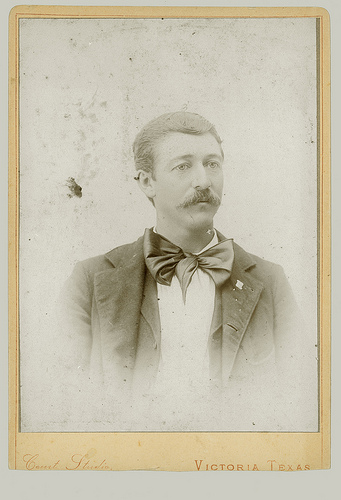 
The only clue found so far is this item in the Houston Post, 13 Feb 1897 about the sale of the studio to two other photographers. So the photograph here would have to have been made before that date. 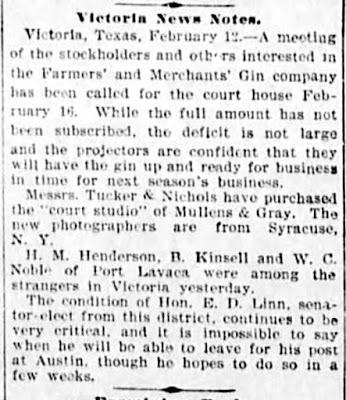 There are several possible photographers from the South Central Texas area in the late 1800’s that could have teamed up for the “Court Studio” in Victoria, Texas.
J. J. Mullins
Robert Mullins
James Louis Gray
H. B. Gray
No connections have been made so far.

The cabinet Card at the far left would most likely have been done before February of 1897 when they went out of business.


To muddle things a bit more, the item below from the Victoria Advocate, 11 Mar 1899 shows a Robert Mullins selling HIS photography in Victoria, TX, to Mr. Rodman. (Perhaps the name on this one is Robert Mailins.) 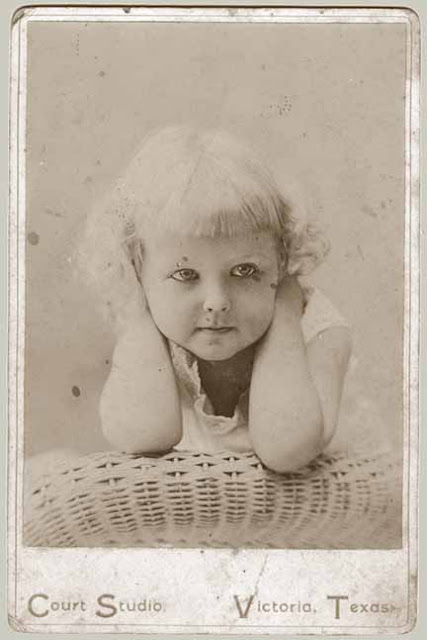 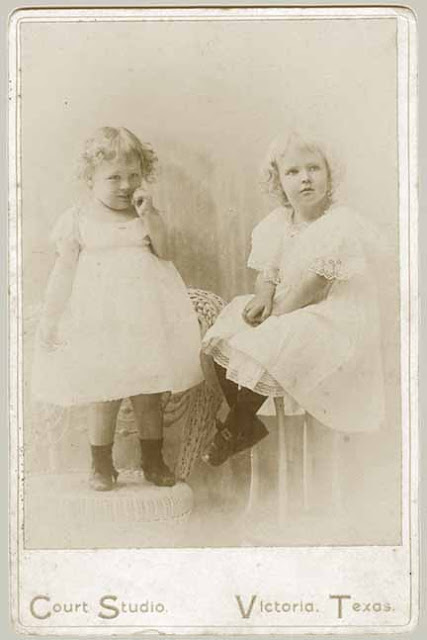