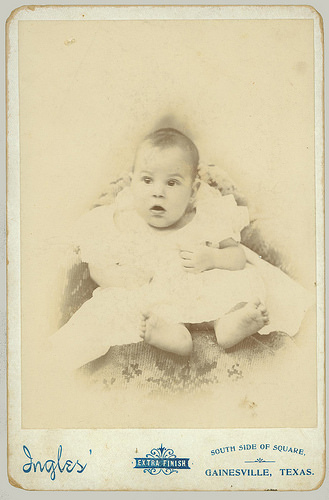 In the 1900 US census and all four of the city directories Henry Ingle is shown as “physician” but the 1910 US census and his death certificate show him as “dentist”.

In April through June of 1888, Henry ran an ad several times describing himself as “physician” and keeping up his “dental practice” also. Photography is not mentioned.

An odd item a Gainesville Daily Hesperian from 1892 notes that Elizabeth Ingle died on February 22 of that year. Obviously she did not. It is also doubtful that there were two women of the same name, living in the small town of Gainesville, TX, at the same time.

The cabinet card on the left must have been finished between 1907 and 1920 or close to that period. Note the name is imprinted on the card as “Ingles’” with an apostrophe.

Henry's career in photography is a little more elusive. He seems to have dabbled in many professions and some law suits. No records were found that show exactly when he had a photography studio. 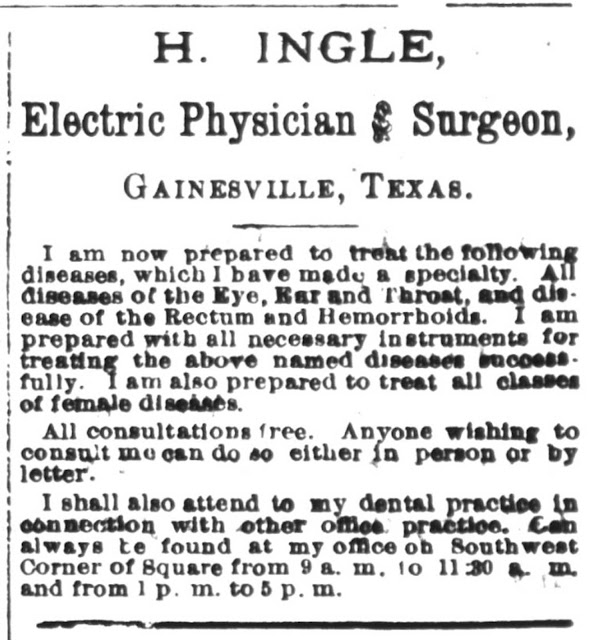 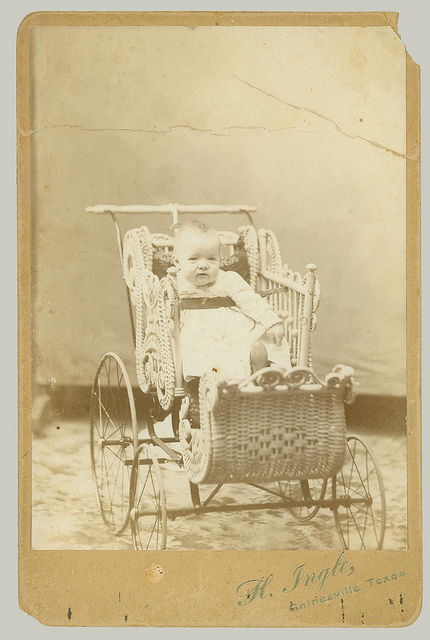 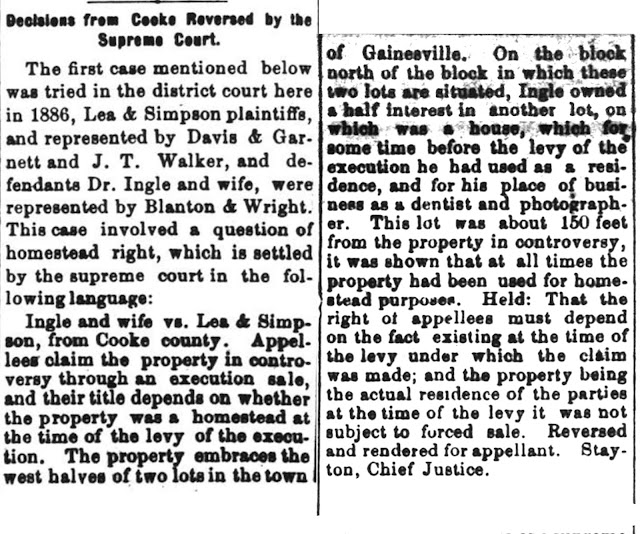 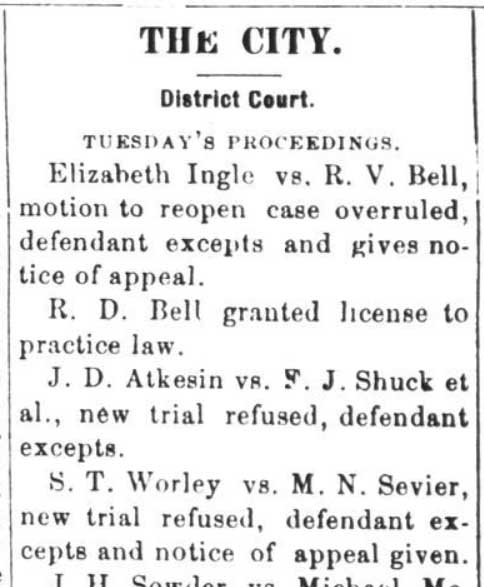 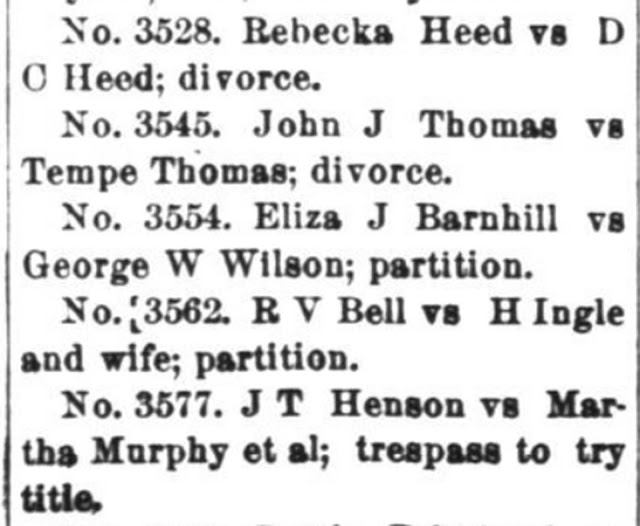 Unfortunately, not every issue of this paper is available so none of these stories can be followed. 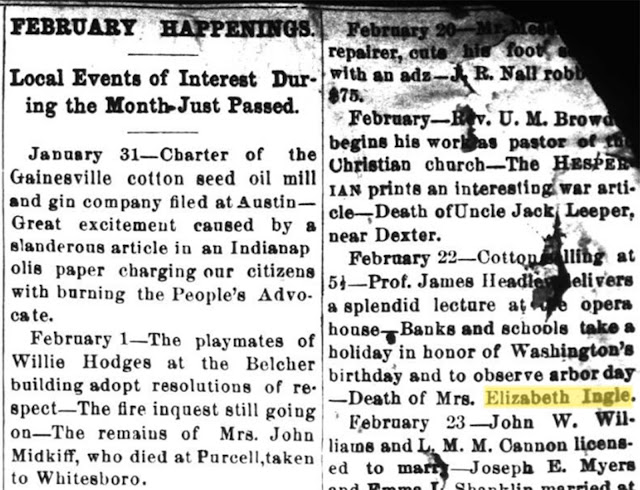 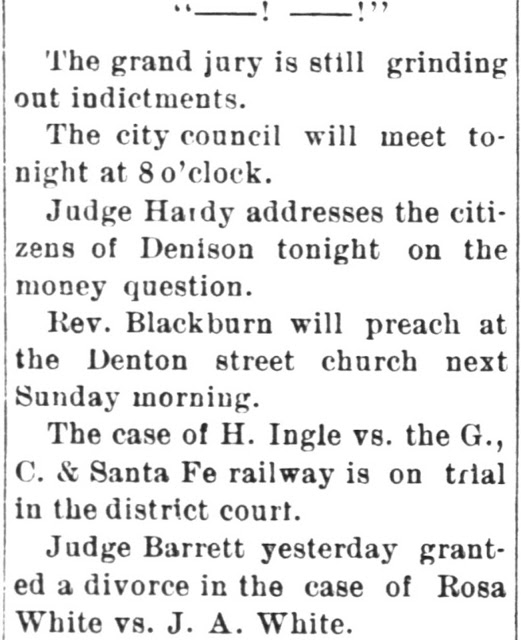