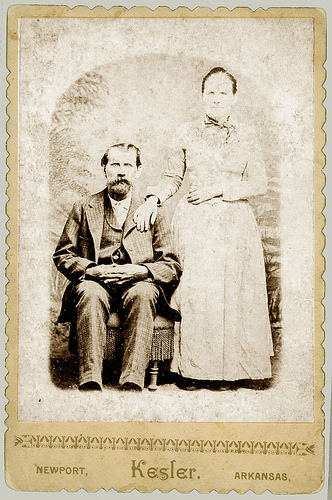 Although the connections are a bit sketchy, it appears that the photographer at Newport, AR, was Felix John Kesler (1842-1910). There are no documents showing he was ever in Newport, AR, but at the time, no other photographers named Kesler were any closer. F. J. Kesler lived in St. Louis, MO, from 1900 to his death in 1910. Saint Louis is just about 200 miles from Newport.

Although it is fairly certain that he moved to Saint Louis, MO, in 1900, between then and 1910 his appearances in the Saint Louis city directories is spotty, as if he may have moved around a bit.

No documents have been found placing Felxz J Kesler in Arkansas at any time. Of course the stay may have been very short and simply was not caught by a census or other document. And it is still possible there was another photographer Kesler still undocumented.