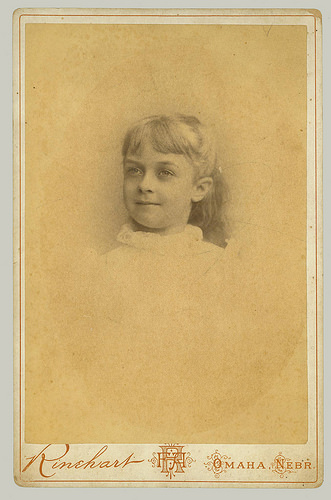 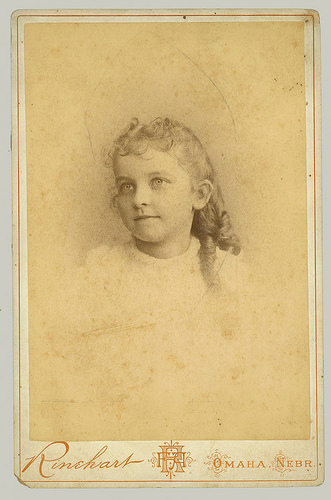 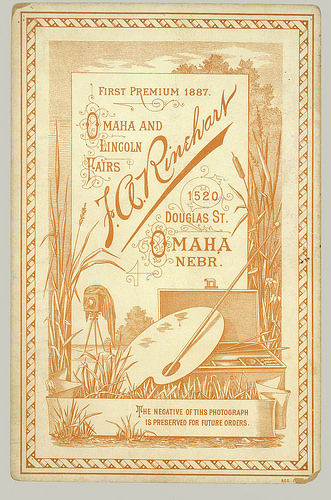 This is the reverse design of both cards.

All data from city directories, US Census and FindaGrave website.


1923
Omaha, NE, city directory says he has moved to New York, NY. The studio still operates under the name Rinehart and Marsden with Mrs Anna Rinehart as owner.
1928
F. A. Rinehart dies in Connecticut
1952
Mrs. Anna Rinehart retires because of ill health and George Marsden continues on with the studio until his death in 1966 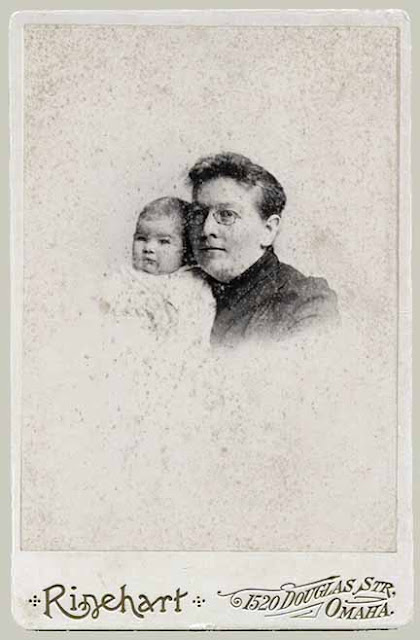