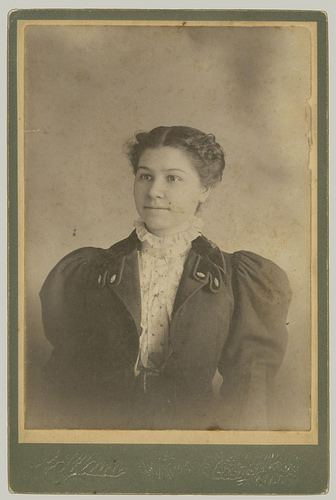 The George Killion from East Saint Louis, IL, worked as photographer from about 1905 to 1920 apparently always at 343 Collinsville.

The records are very thin but based on the few documents found, George Killion was a barber from 1880 to 1900. Sometime between 1900 and 1906 he opened a photograph studio in his home at 343 Collinsville, IL.

All later records find him at the same address as a photographer until his death in 1923.

It is quite possible that he worked for other photographer studios before 1906, learning the trade, and even while he worked at this own studio in later years, but there are no records so far that substantiate this.

Not the one you were looking for? Here's the photographer's INDEX by name. Listed here are all the Cabinet Card photographers of the 19th century found in LOST GALLERY. This is a work in progress.

For a look at the original postings go to LOST GALLERY.