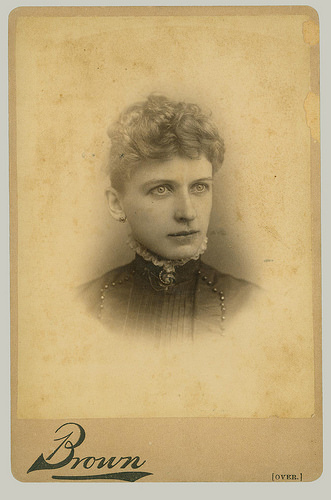 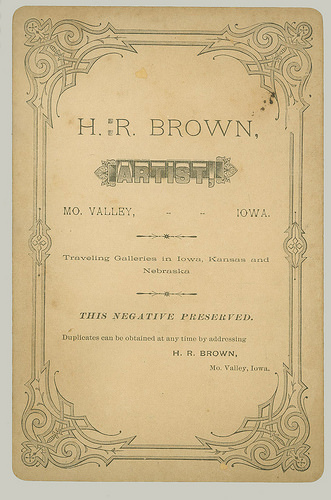 Reverse of the Cabinet Card on the left 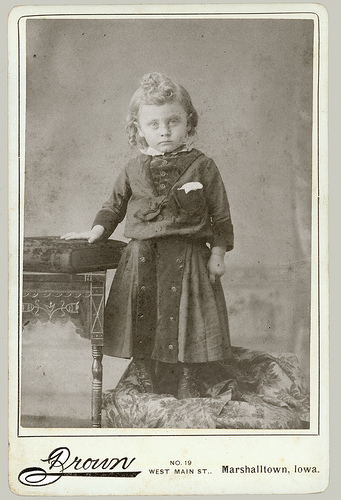 Photographer:Brown
No. 19 West Main Street
Marshalltown, Iowa
Six Sioux City, IA, city directory listings were found for Henry R. Brown between 1884 and 1894. Beyond that the popularity of the name clouds any other connection. Many H. R. Brown entries were found with a wide variety of occupations but no positive connection could be made. Also there was an R. H Brown in Iowa about the same time.

As indicated on the reverse of this card he traveled to Iowa, Kansas and Nebraska.

No biographical information has been found.

The cabinet card above right was probably finished between February 1910 and July 1911.

No guess on when the cabinet card above left was made. 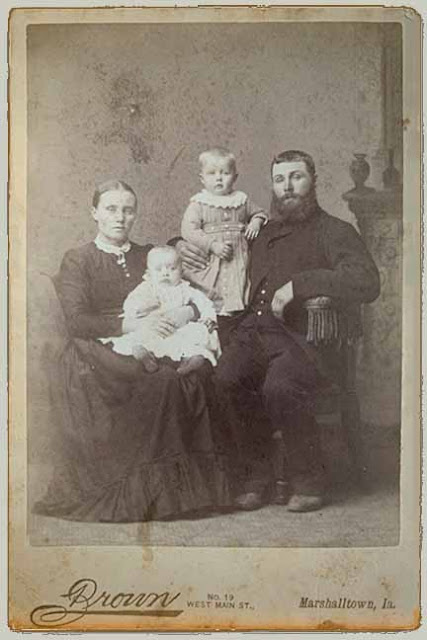 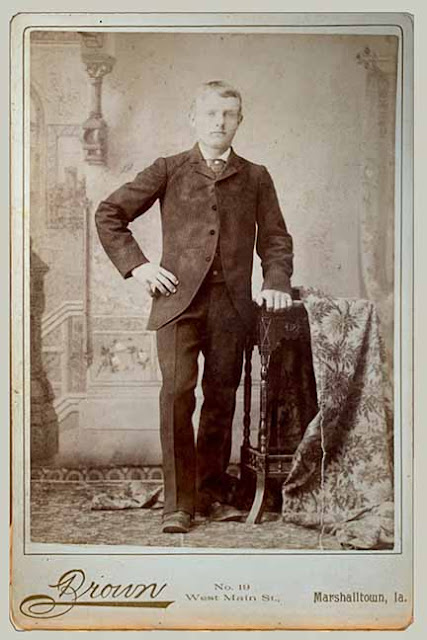 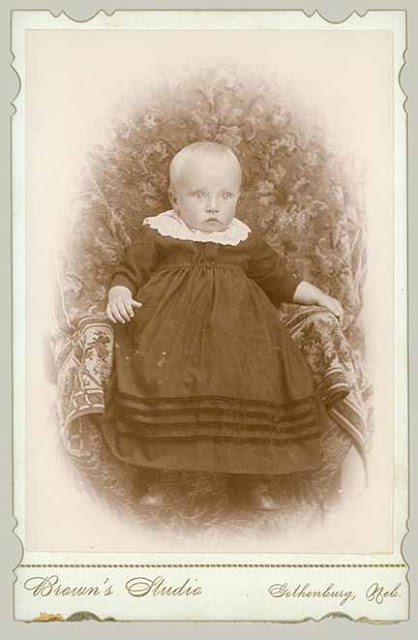 Could this be the same Brown?