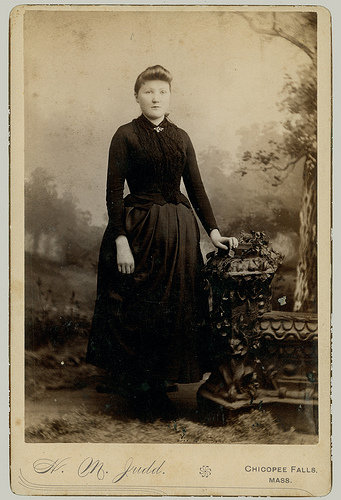 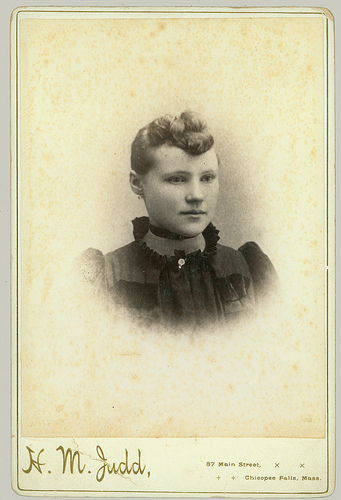 This is the reverse of the card on the left. Note the address is "Front" street. On the next card, the name is changed to "Main" street.
(See Below) 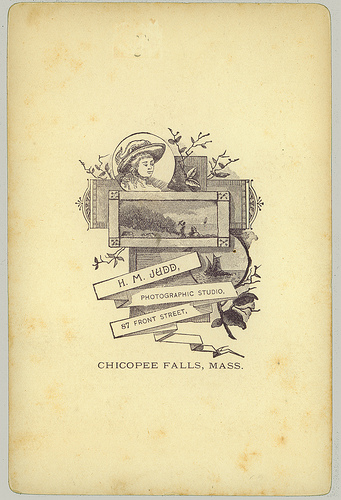 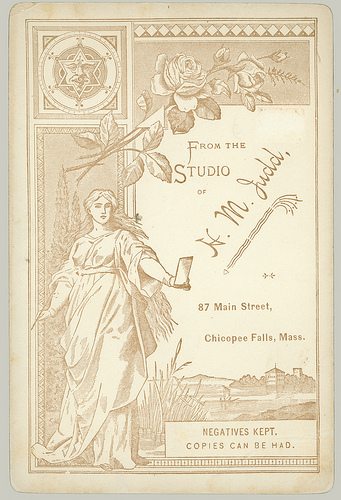 This is the reverse of the card on the left. Note the address is "Main" street.

Using these dates the card at the left imprinted with 87 Front Street, must have been finished between about 1884 and 1890. The other card from 87 Main Street would have been done between 1890 and 1895.