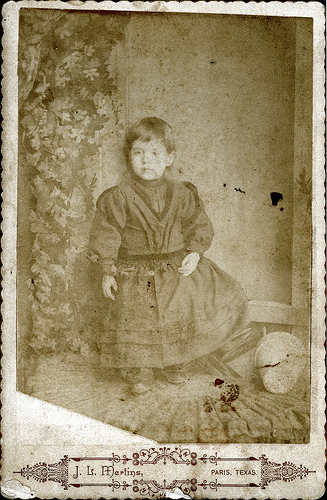 Given the record makers often misspelling the name from Mertins to Martin and Johan to John, it is not surprising there is confusion. Also, the name was seen in other places as John Lewis and Johan Louis.

But, the interest here is only about when he was photographer. It appears he can be documented as photographer in Wolfe City, TX between 1900 and 1930. Wolfe City is less than fifty miles from Paris, TX. He was probably photographer there before but, no documents have been found to support this.

There are no city directories available for Wolfe City, TX, so a little more detail is not possible.