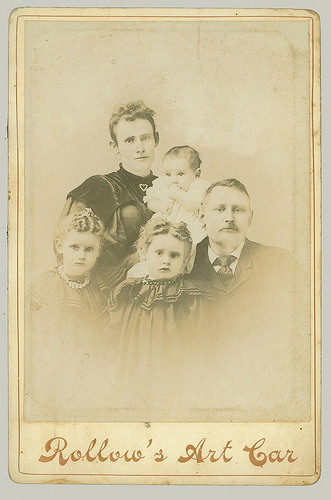 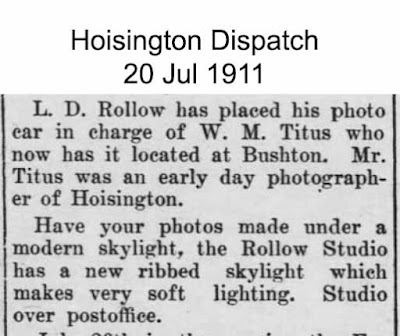 1868
born in Brown County, KS
1892
begins photography career according to newspaper ad of 1911
1893 - 1910
Based mostly in Hoisington and Hill City, KS, Rollow moves his Photo Car around the small towns in north-western Kansas in Barton County, near Great Bend, KS
1911
W M Titus takes charge of Photo Car; Rollow opens a studio in Hoisington, KS, over the post office.
1921
Rollow moves to Provo, UT
1922 - 1936
as photographer in Provo, UT
1936
death in Provo, UT

All data is from US Census, newspaper mentions and city directories.

The cabinet card at the left was probably done between about 1894 and 1911. This is assuming that the Rollow Photo Car name was not preserved after W M Titus took over the traveling studio and Rollow opened a permanent location in Hoisington. 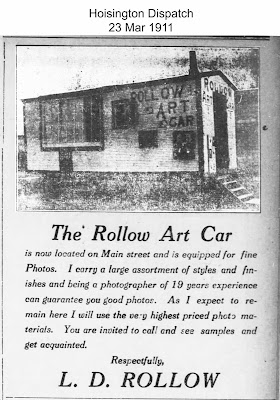 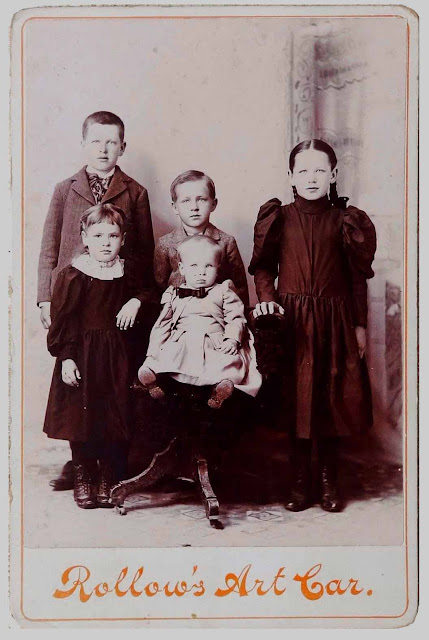