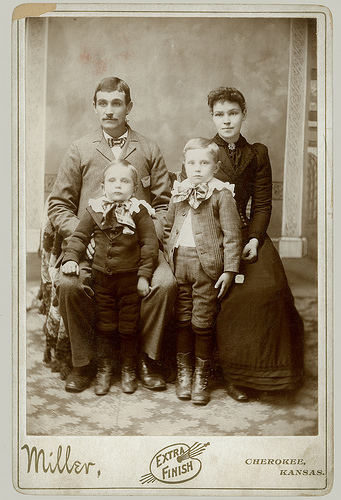 
There were a number of photographers named Miller in Kansas during the late 19th century. E W Miller of Overbrook, J H Miller of Rock Creek, P A Miller of Arkansas City, J B Miller of Great Bend, G H Miller of Iola and E E Miller of Sylvan Grove for example.

Traveling the small towns and setting up a temporary studio for a day or a week would have been an easy routine for a photographer. One small town would not produce enough business so canvassing several small communities would be necessary to make a living income. Adding the town name in the corner of a pre-printed cabinet card blank would have been a simple enough task. When there is a city named on the card, it doesn’t necessarily mean the photographer ever actually lived there.


They could even be caught in a census if they happened to be there on the day of enumeration.

There are many small towns around Cherokee, Ks. This Miller could have been working out of Joplin, MO, which is only 25 miles southeast.


Is this the same Miller? Maybe not. Blue Rapids, KS, is more than 250 miles from Cherokee, KS. But if the two towns were both on a rail line, it's quite possible.

Also note that the chair is the same in two of the photographs. 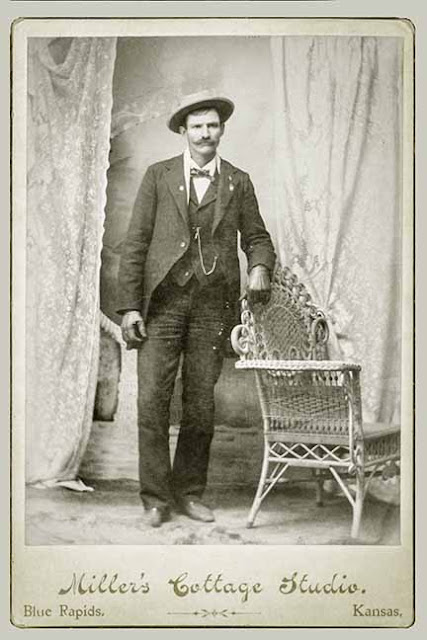 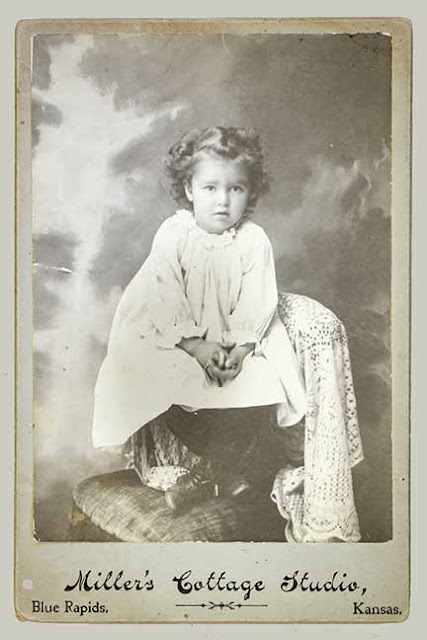 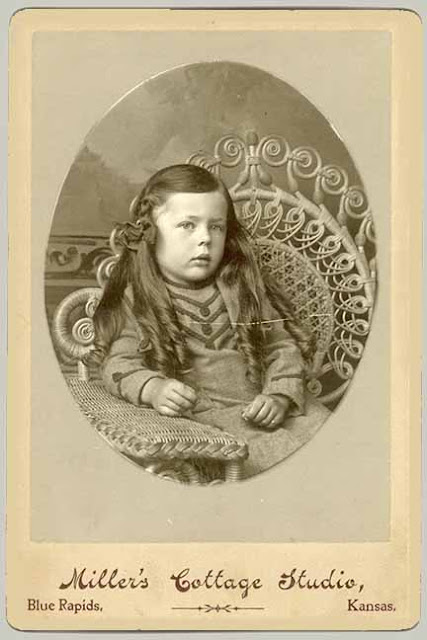