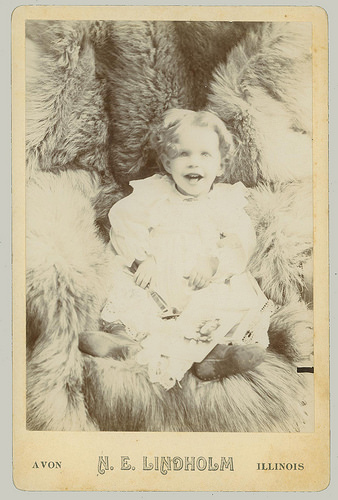 
Update August 2017: Nothing was found in any search for N. E. Lindholm of Avon, Illinois. This could indicate a very short career in photography.

Many of the city directories of the era did not include a wife or indeed any woman as a separate listing in the directory. Most often if listed at all, it would be a parenthetical addition to the husband's line. Such as: "George Jones (Mary) 9911 Boondocks". They were given their own line if they were a widow. Such as: "Mary Jones (Wid George)9911 Boondocks" Otherwise, they were often omitted altogether. Women in business often resorted to using initials only in listings, such as "M Jones, photographer" in the business pages of he directories.