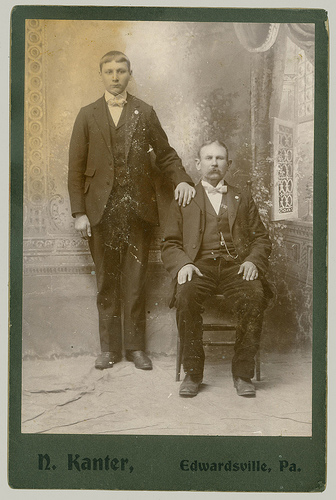 His DOB and immigration dates vary from document to document. The dates used here are from his immigration petition.

Neuman Kanter was apparently a very enterprising person. In 1904 he was operating a wholesale liquor business, a grocery and meat market and a photograph studio. This was all at 504 E Main, Edwardsville, PA, which was also where he lived.

The cabinet card at the left must have been done in 1902 or 1904. It is still unknown why there is no listing in the 1903 city directory.

From the newspaper items and city directory listings one might conclude that photography was only a sideline for Neuman Kanter. Wholesale Liquor seems to have been his main occupation for many years. 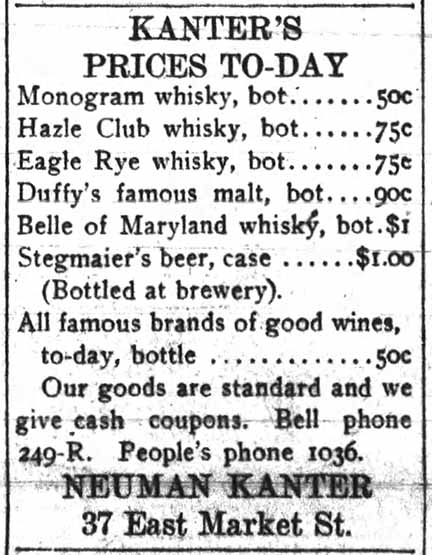 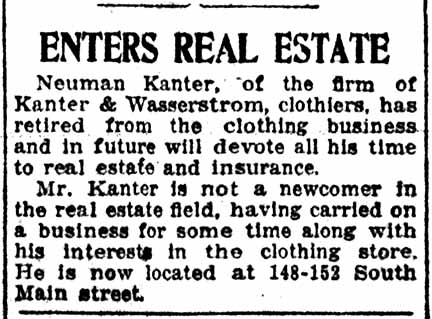 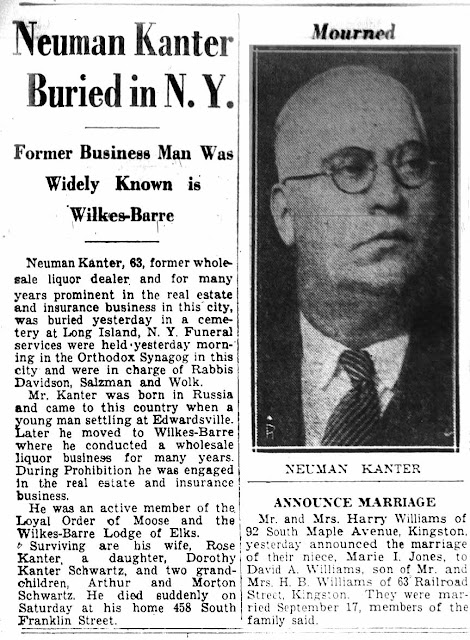