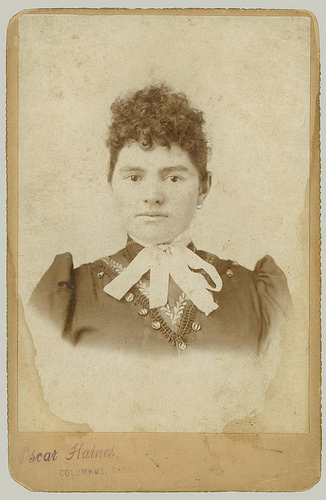 
Oscar Haines’ work in photography can be documented only briefly in January and February of 1892 in Columbus, KS. And unless there were two or three more people by the name Oscar Haines living in the southeast corner of Kansas during the last decades of the 19th century, then it must be concluded that Oscar Haines got around a lot. Between 1892 and 1916 he is noted as living in Joplin, MO, Webb City, MO, Columbus, KS, Chanute, KS, Scannon, KS, Parsons, KS, and Nelogany, OK, according to various newspaper clips. These towns are all within a 70 mile radius.

There are lots of small news items about his moves but none say why he moved or what he was doing. There are some city directory listings that tell of an Oscar Haines that worked various jobs for the railroad but all are after the 1892 date that he advertised photography. It may well be the photographer Oscar Haines but there is nothing to document that.


Note also that the name seems to be hand stamped on the cabinet card. It is just speculation but it appears that Oscar Haines was in the photography business only a few months in 1892. 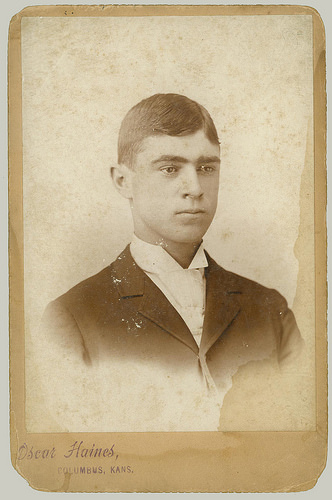 Here are a few clippings to show that Oscar Haines moved around a lot. Perhaps a date will coincide with a location of a cabinet card. If you know the subject lived in say, Parsons, here are some of the times he was in that city. 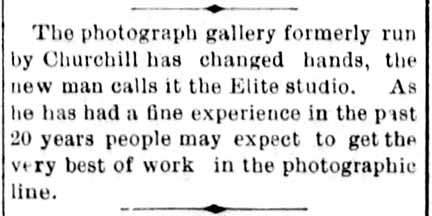