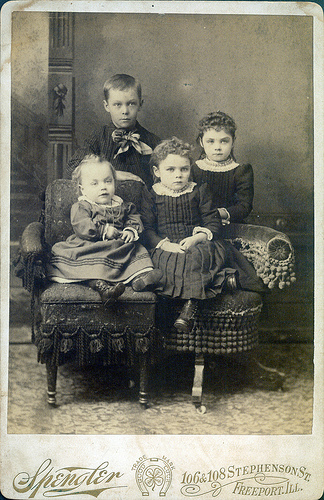 R. L. Spengler worked at several occupations including carpenter, dairy farmer and maintenance man. The 1910 US Census shows him as a photographer but working for another studio. He re-appears in a 1912 Freeport city directory as a photographer with his own studio, rooms 13-15 in the Wilcoxon bldg.
Then by 1917 he is a carpenter and no subsequent documents show he ever returned to photography.

The cabinet card to the left must have been done around 1912. 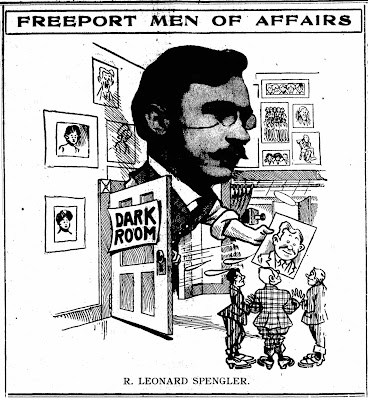 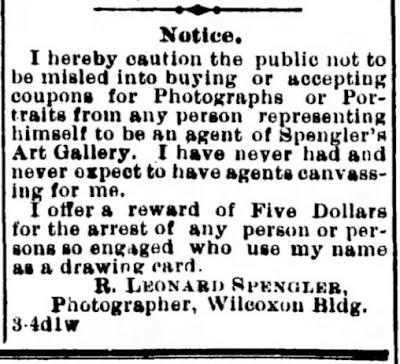 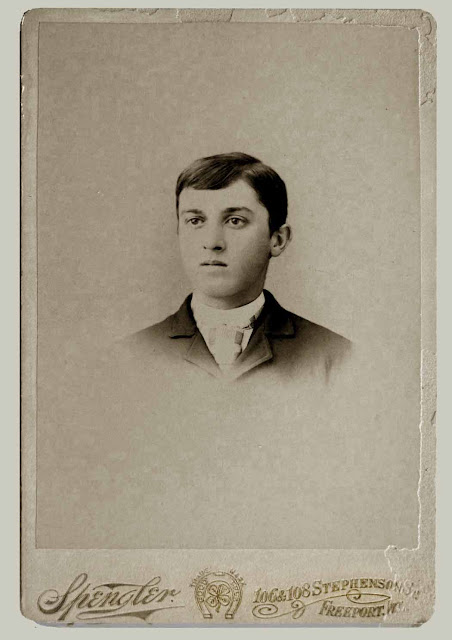 photographer: Spengler
106 * 108 Stephenson St, Freeport, WI
(No connection to Spengler of Chicago has been found)
example from auction site 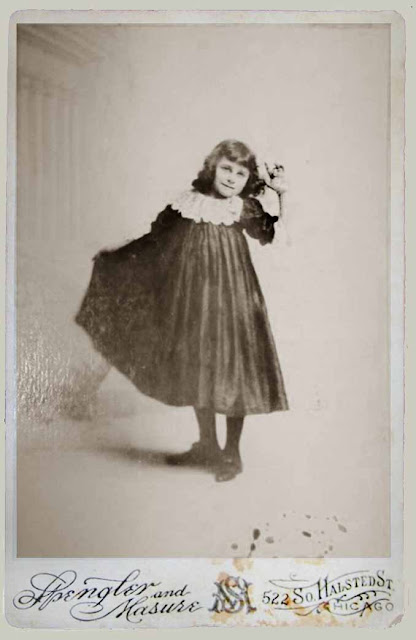 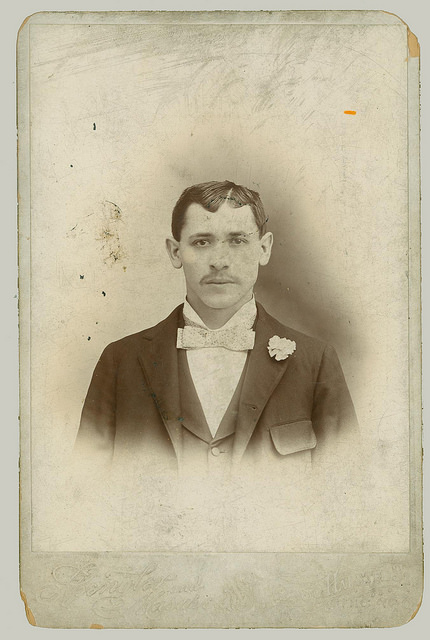 1869
Tosen, Germany, Morris L Masure born to Solomon Masure and Cella Platt
1892
M L Masure arrives in the US
1897 Dec 15
Spengler and Masure studio at 522 s Halstead is mentioned in a labor statistics report to the Illinois state government.
1900
Chicago, IL, US census M L Masure is a photographer at 522 Halstead
1900
M L Masure, Chicago, is mentioned as an exhibitor in the St Louis and Canadian photographer vol 24, 1900
1904 Aug 13
Chicago, IL, Passport Application as photographer
1905 Dec 15
M L Masure studio at 522 Halstead is mentioned in the Annual Report issue 13 of the Illinois dept of Factory Insp for the year ending 15 Dec 1905


1909
This note from contributor S. Wolff
“I have a photograph of my grandparents Sam and Esther Wolff that must have been taken after 1909, when they were married. Below the photograph is written The Masure Studio, S.E. Corner of S. Halsted St., Chicago. Spengler is not mentioned. So, he must have moved to this address after 522 Halsted, perhaps after breaking away from Spengler but before moving to Rockford.” (See example below)

Although Masure appears in the 1920 US census, his name is not listed under “photographers” in the 1920 Chicago city directory. This could mean one of two things. First, he may be working for another studio. Second, he may be using a studio name like “Superior” or “Apex” instead of his own name as was the situation in Rockford, IL, with the “Model Studio”. The Chicago city directories of that period do not have residential pages.

There is very limited documentation on this one so far. The best estimate for the cabinet card here is around 1897, that short period when he was working with Spengler. (see above) 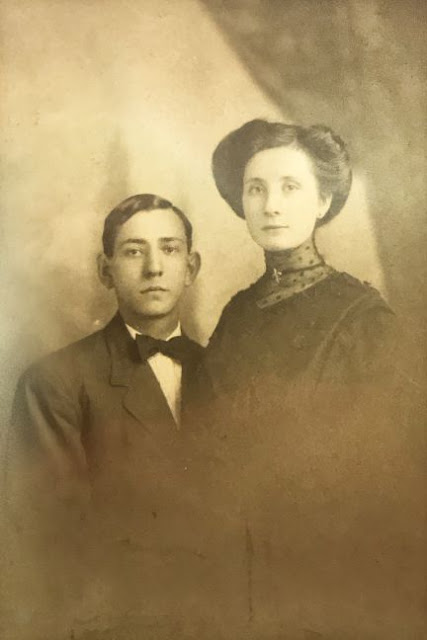 from contributor S Wolff:
"a photograph of my grandparents Sam and
Esther Wolff that must have been taken after 1909, when they were married."


Below is the imprint on the lower part of the photo mount. Similar imprints would be from the same era. 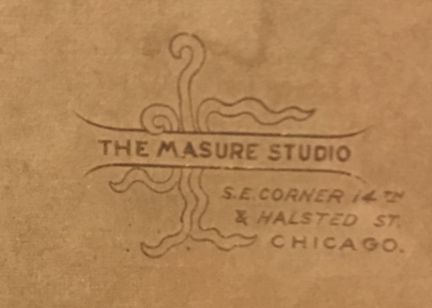 Thanks to contributor S Wolff