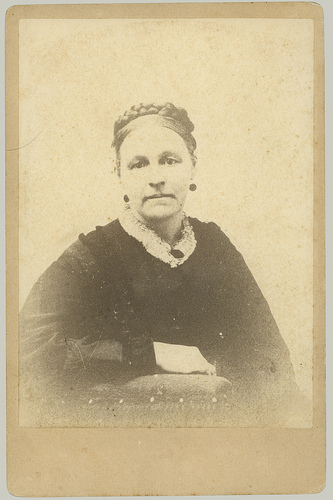 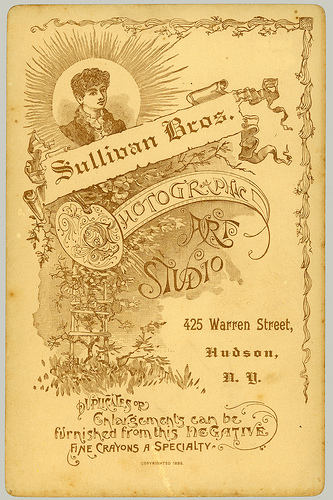 The reverse of the card at the left. 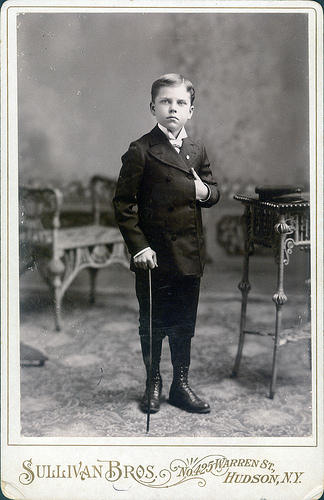 
There were many, many Sullivan Brothers in business in New York during the 1800’s. There were attorneys, carriage makers, furniture salesmen, awning makers, show dog owners, Yacht Club members and even a pair of scam artists named Sullivan Brothers.

Fortunately Frederick and Henry Sullivan stayed at one address most their lives. No documents have been found to prove exactly when they died. Their last appearance in a city directory was 1915. Frederick, Henry and their mother Catherine appear in the 1915 New York State census, still at the same address.

In the 1918 City Directory Sullivan Bros. studio at 425 Warren is taken over by James Van Loon and is still listed as Sullivan Brothers Studio.

The cabinet cards at the left and above were done between 1889 and 1915 unless VanLoon kept the name of Sullivan Brothers imprinted on the cards after 1915.