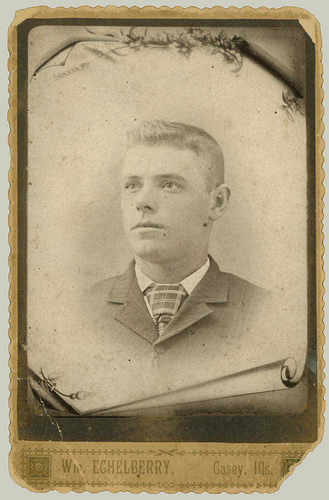 
With new information from
Curt J. on Flickr,
the William Echelberry research has been revised and updated.

William Echelberry was found as a photographer in the 1880 US census, living in Casey, Clark, IL. He was married to Terressa. His age at the time was 51. The 1863 Marriage License shows Terressa’ maiden name to be Terressa J. Pierce.

He was also found in the 1900 US census still in Casey, IL and still married to Terressa with his age given as 71. He is shown here as a farmer.

An Ancestry.com member posted a transcribed obituary from the Zanesville Daily Courier, describing a William Echelberry who died of Bright’s disease, August 19, 1900, in Casey, IL. But the age is given as 73, two years older than as posted in the US census dated June of 1900. His wife is mentioned as the daughter of the late Philip Pierce, which agrees with the maiden name of his Echelberry’s wife Terressa.

William and Cynthia had a daughter, Alta, who was born the same year as Cynthia’s death, 1853. This is ten years before his marriage to Terressa, documented in 1863. Sure enough, William and 7 year old daughter Alta turn up in the 1860 US census, living with a Pearce family in Meigs, OH, between two other Pearce families.

Is it just coincidence that three years later, in 1863, William would marry his second wife Terressa Pierce? Census takers often spelled names on a phonetical “best guess” basis. Asking someone to how to spell their name in those days often led to embarrassing moments. Many did not know how to read or write.

Also on the 1860 US census, William Echelberry’s occupation is shown as “Damn”...(see below)

While the marriage to Terressa Pierce is well documented, the earlier marriage to Cynthia Smith is a bit weaker found only in other family trees and in one Ohio County marriage register.

Another bit of confusion lies in the Findagrave website which lists Cynthia Smith Echelberry (1821-1853) but then lists her husband as William H. Echelberry, the brother of Valentine Echelberry who is possibly photographer William Echelberry’s father.

All of which is to say, there is only sure evidence enough to show that William Echelberry was a photographer in Casey, IL around 1880. He may also have kept the studio as a sideline when he started farming. 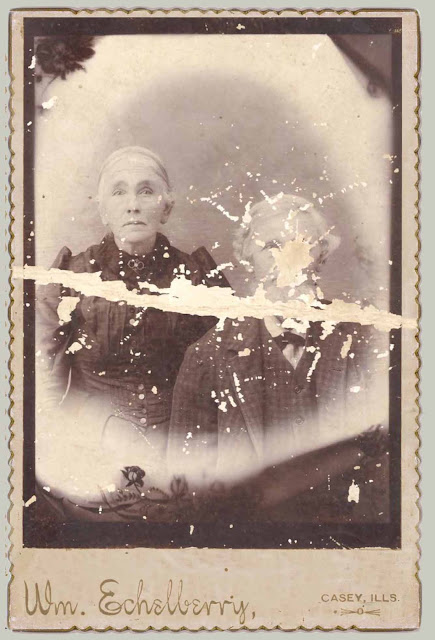 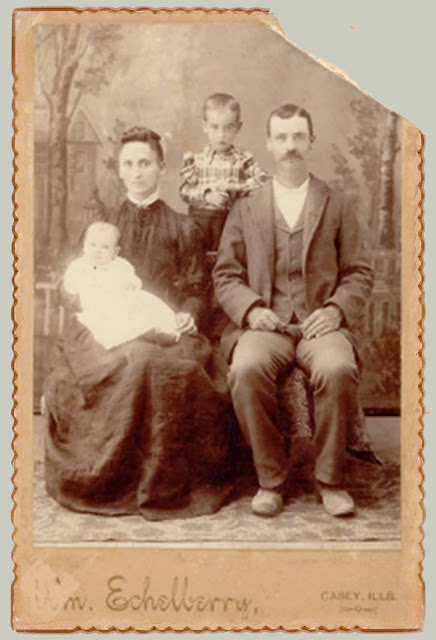 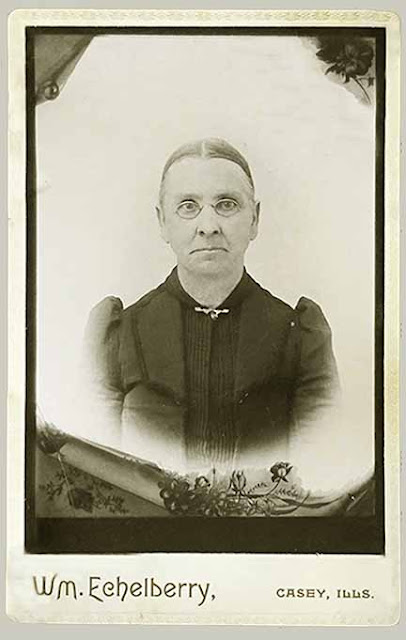