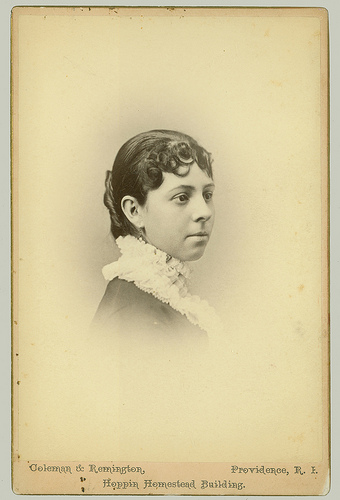 There are many examples of the work by this partnership to be found on genealogy and sales sites.

Another example found, gives the address as 25 Westminster Street, Providence.

In a paragraph discussing the origin of the pictures used in the book “Works of Edgar Allen Poe: Poems” by Poe and Edmund Clarence Stedman, the name William Coleman was given credit for a photograph of Poe.

One CDV photograph from the Harvard University Library credited to Coleman and Remington was dated 1869.

Although he was listed as “photographer” in the residential sections of the city directories, he was never listed in the business section under photographers. This means he probably didn't have a studio of his own but worked instead for other photographers.

He and Remington were apparently partners from 1868 to 1876.