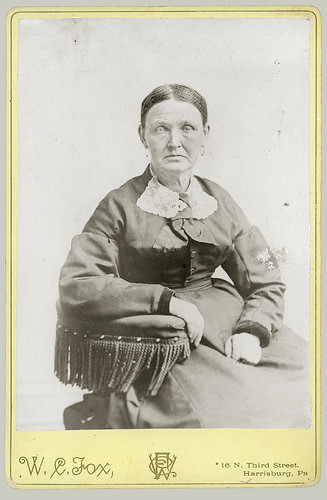 He had three sons and two daughters with wife Ellen Martha Eichelberger between 1869 and 1878. He died in 1899 in Pennsylvania, at the age of 51, and was buried in Harrisburg, Pennsylvania.
Harrisburg, Pennsylvania city directories show he was an active photographer at 16 N. 3rd in Harrisburg, PA, from 1886 through 1890. He was an insurance agent beyond that but could have done photograph work in addition to his main profession. There is some evidence that a son, Stewart W. Fox, worked with him at the studio and continued with photography after 1890