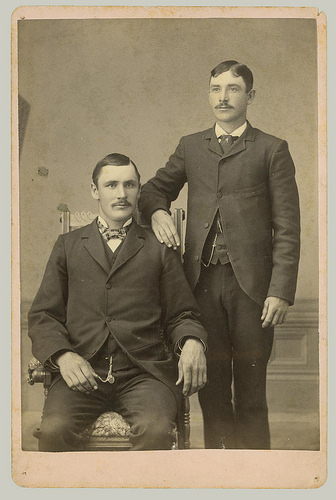 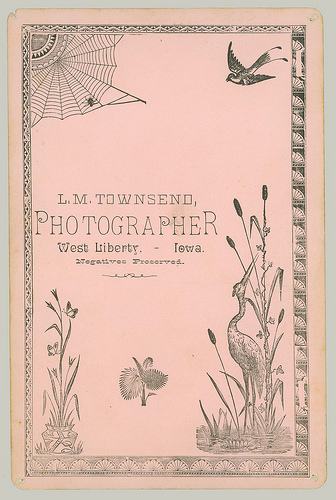 Reverse of card on the left

Lewis M Townsend is probably related to photographer Timothy Westley Townsend but very remotely. They are perhaps very distant cousins. Following both photographers back through their generations revealed very large families at each generation but no connection was spotted.

It looks like Lewis M Townsend was a photographer, at least part time, most of his adult life. In 1883 and 1885 he was actually living in West Liberty, IA. Documents before that period say he was living it Wilton, IA and documents after that period say he was living in Muscatine, IA. Note that all three towns are less than 15 miles apart, all three in Muscatine County. Wilton and West Liberty were connected by a rail line.

Considering this, the cabinet card here could have been finished at about any time from 1885 to 1893. Most probably it was done between 1885 and 1888.