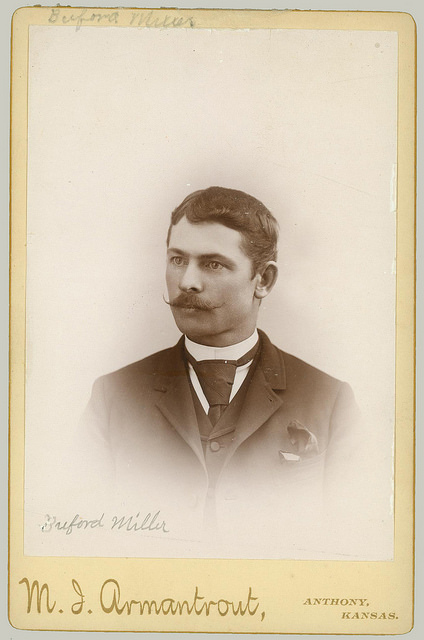 All data from US census, city directories, government records and items from newspapers as noted.


The records show that Michael Armantrout moved around a lot. He kept studios in several towns in western Kansas, northern Oklahoma and eastern Colorado. Cabinet cards could show locations like Golden, CO, Kiowa, KS, Kingman, KS, Anthony, KS, Salisaw, OK, Guthrie, OK, and perhaps others. The timeline shows some of his movements.

The cabinet card at the left would probably have been finished in that period before he left for Colorado, 1895 and 1896. The card and style indicate that period too.

It should be considered too, that if a card is imprinted only "Armantrout" that it may be Michael's son Paul or his brother W O Armantrout. 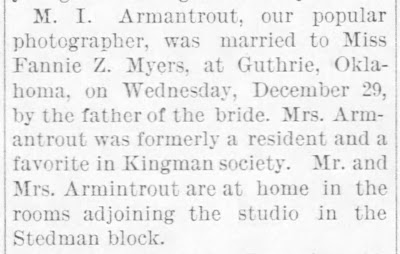 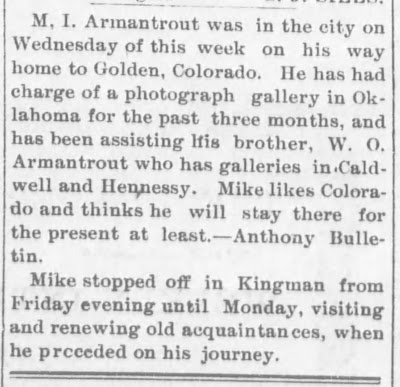 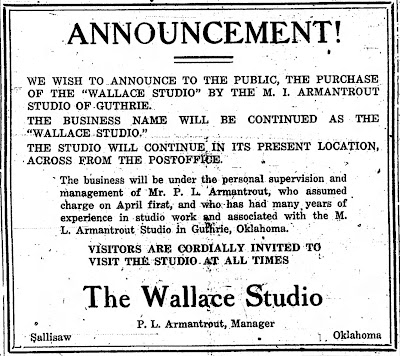 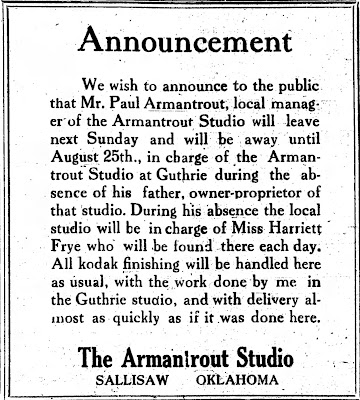 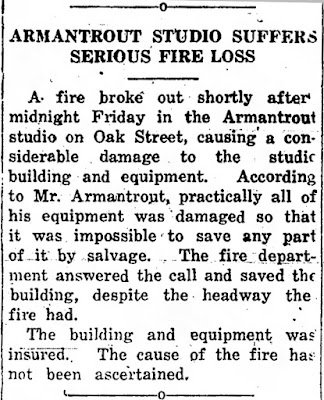 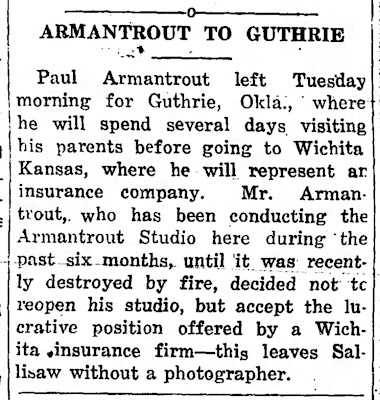 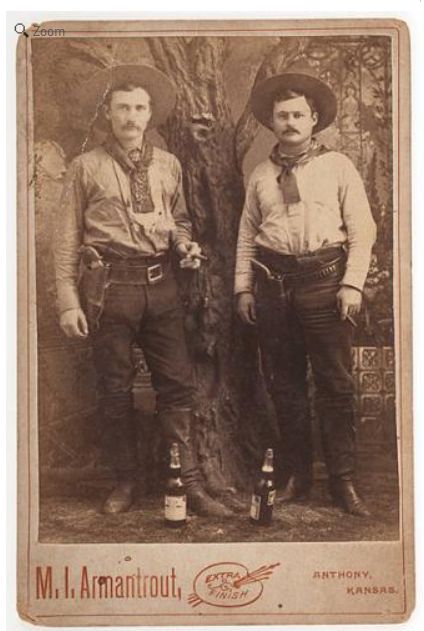