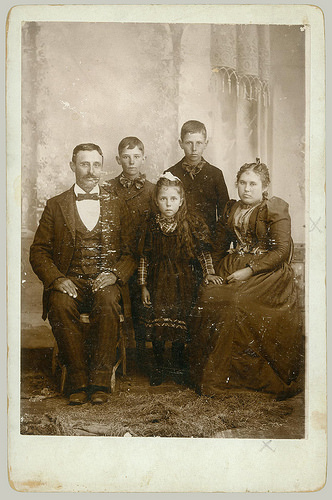 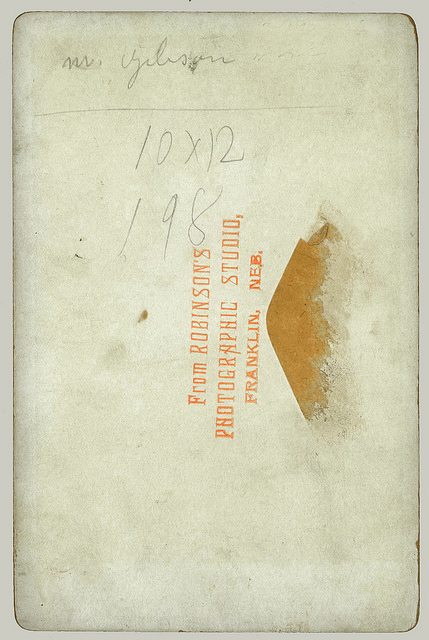 reverse of the cabinet card on the left


So far there were four states that had a Robinson Photographic Studio, New York, Florida, Kansas, Maryland, and one in Ireland. No connection has been made yet to a studio in Franklin, NE.

There were a number of photographers named Robinson in the cabinet card era, mostly on the east coast of the US. Nothing has been found so far to connect any of them to the Robinson Photographic Studio in Franklin, NE, or anyplace in central US.

The identification on this card is by a hand stamp on the reverse not an imprint on the front. This might indicate that the studio was quite temporary. Robinson might have been an itinerant photographer who didn’t have a permanent studio. But this is all speculation. 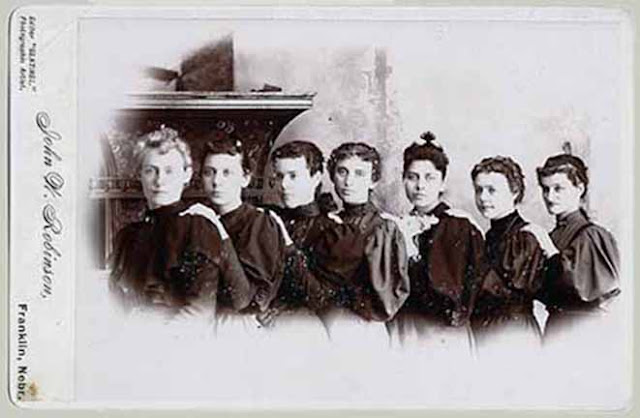 photographer: John W Robinson
Franklin, NE
from the collection of KEN on Flickr


This addition indicates that there was a photographer named John W Robinson in Franklin, NE.
More research pending.