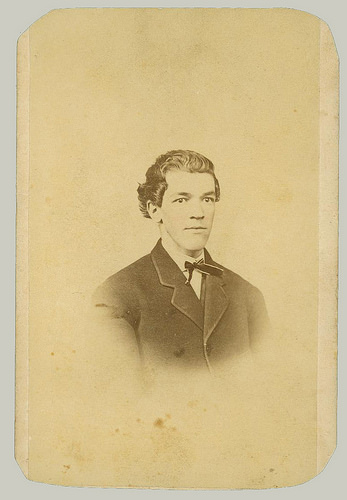 reverse of cabinet card at the left


In the late 19th century and general location, there were at least seven people named W W Smith, a railroad brakeman, a school director, an undertaker, a doctor, an attorney/senator, a carpenter and a man on trial for murder. The newspapers are not always clear about which of these is which.

Another photograph is credited to a W W Smith (1832 - 22 Jan 1892) who had studios in Lykens and Williamstown, both of which are towns located in norther Dauphin County, PA. This is probably not the same photographer as the Willard Ward Smith on the example card here.

It appears that the photographer Willard Ward Smith lived and worked mostly in Oswego, NY, and later in State College, PA.

1920
State College, PA, US census as photographer; res 410 w Fairmont
1936 May 27
Willard Ward Smith dies in State College, Center County, PA, of chronic myocarditis at 45 years. His death certificate mentions that he had been retired for 10 years.

Smith, the photographer, operated a boarding house for college students in the last years after about 1925. To confuse matters more, W W Smith the undertaker and furniture salesman also took in boarders, but he died around 1900..

No documents have been found that indicate when photographer Smith was in Minersville, PA. It is possible however that he never actually lived there and just kept a studio there while living in State College, PA, less than a hundred miles west. In the late 19th century, the towns were quite likely connected by rail as they are today. 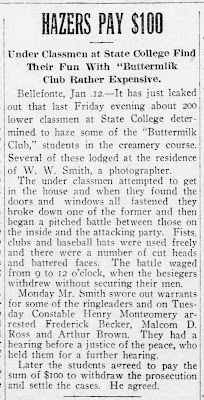 Several family trees on Ancestry.com credit this photograph as being of Willard Ward Smith. 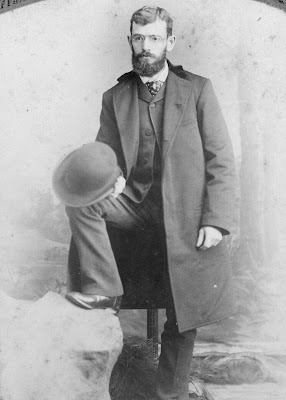