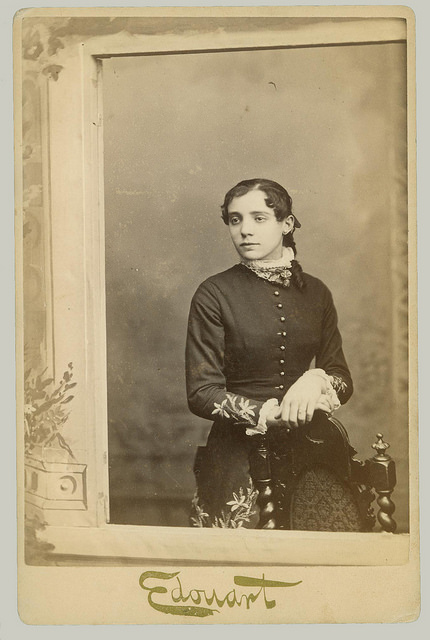 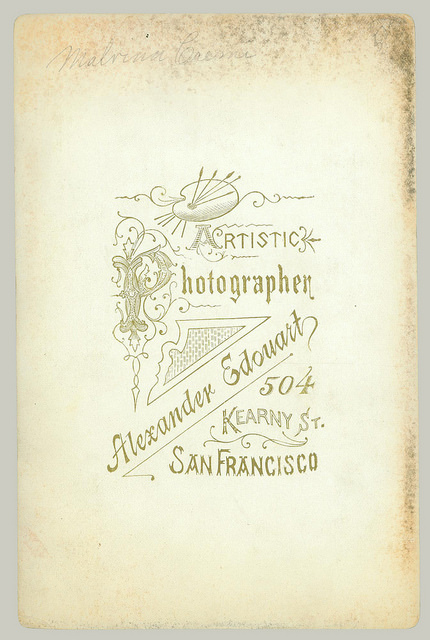 This cabinet card would have been finished between 1865 and 1869 while at 504 Kearny, San Francisco, CA, and before the partnership with David Cobb. 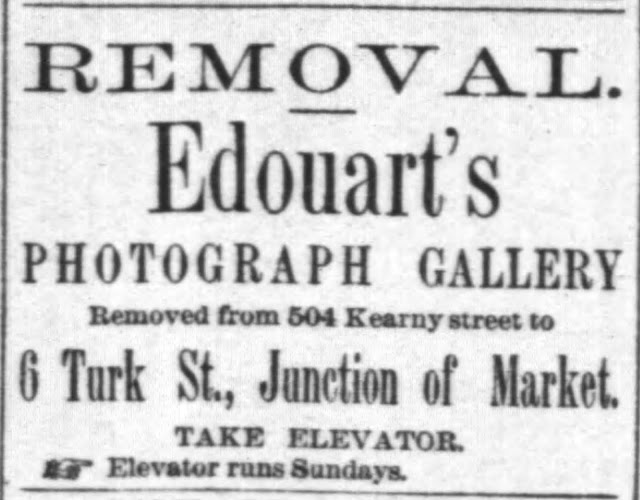 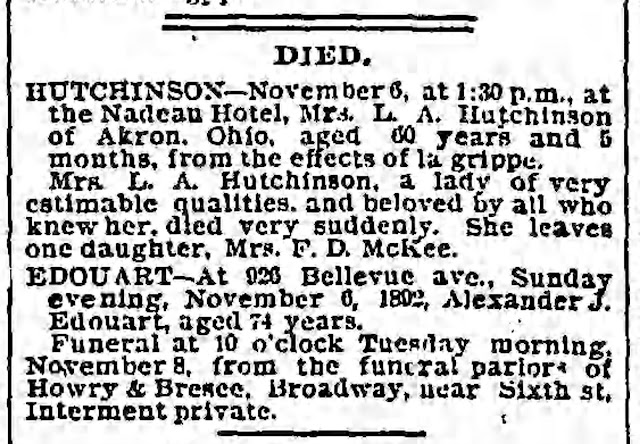 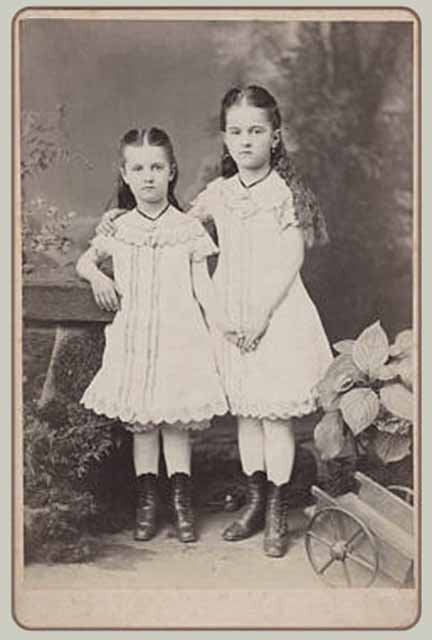 Photographer: Edouart and Cobb
example from auction site
Probably finished around 1870
when Cobb was a partner 504 Kearny. 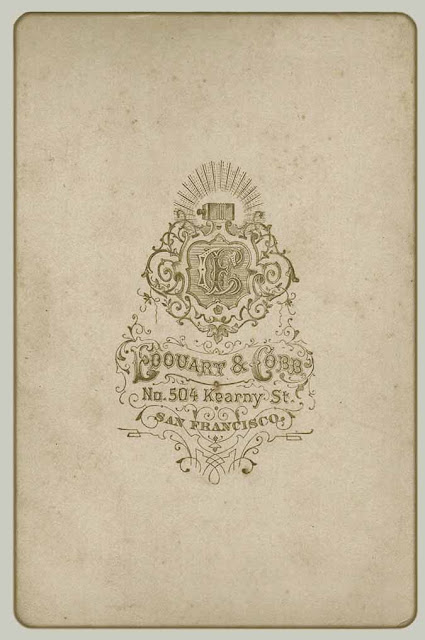