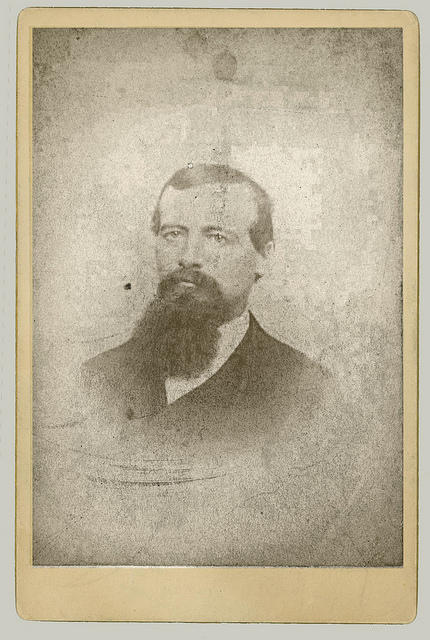 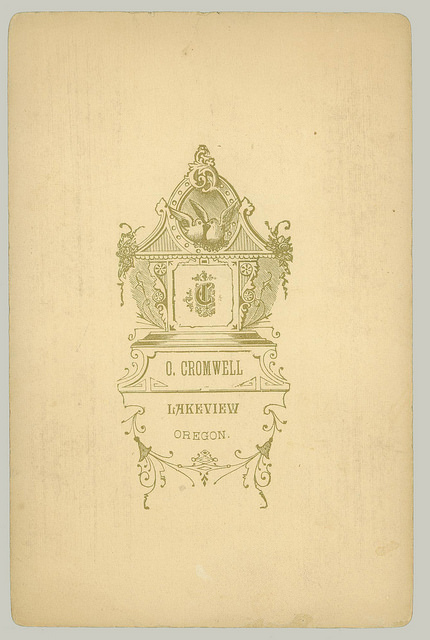 W Oscar Cromwell moved with his parents and family to northern California during the gold rush of 1849. He worked as a miner and general laborer before turning to photography about 1879. He continued on with photography in Shasta County and Tehama County, CA, until his death in 1929, although at 81 and 84 he considered himself as “retired”.


A dam was built on the Sacramento River between 1935 and 1945. The resulting lake inundated the mining town of Kennett, CA, and several others.

Since O Cromwell worked in the area of Shasta and Tehama counties, in the northern edge of California he could have set up shop in the town of Lakeview, Oregon at any time. No documents have been found to show exactly when, but it was probably between 1880 and 1910.

Lakeview, OR, is about 150 miles from where Kennett, CA was.

Millville, CA, is about 140 miles from Reno, NV 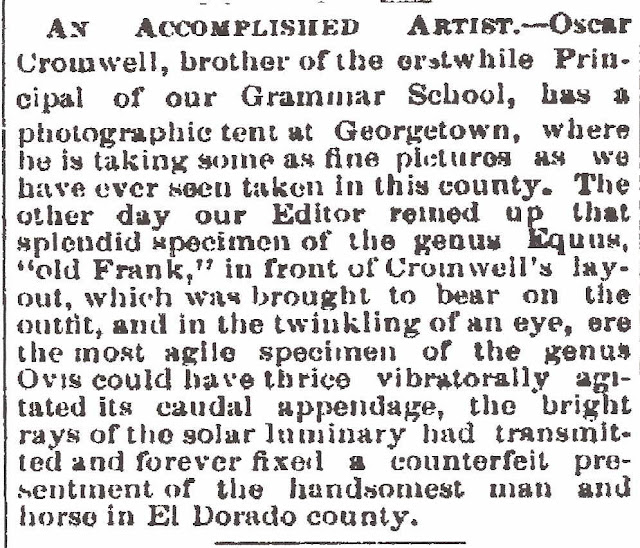 Shows that Cromwell did travel and had a tent studio. Georgetown, CA, is about 150 miles from where Kennett, CA, was.