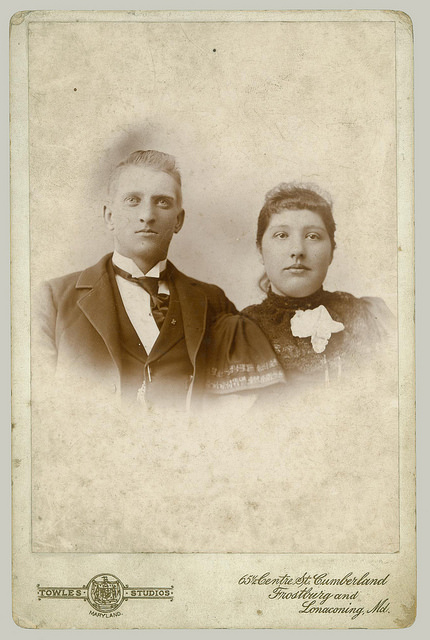 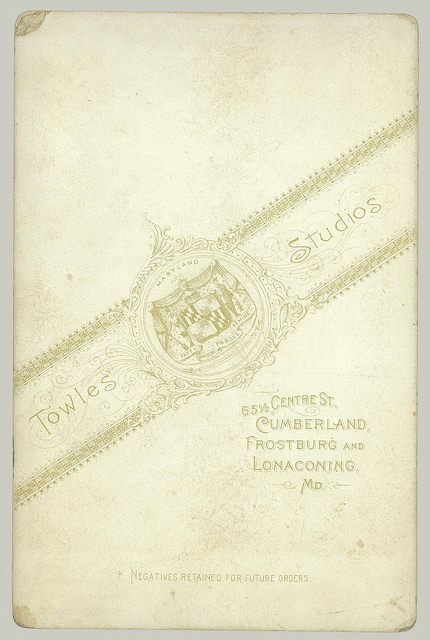 W H Towles and brother C O Towles appear to have been major players in their time, winning awards and serving as officers in photographer associations. One account mentions that William H owned all of the equipment used by Mathew Brady who died in 1896

W H Towles seems the more active of the two. Towles Studio was in three maybe four cities around the turn of the 19th century. A studio might have been managed by one or the other, both or neither. But “Towles Studio” is what will be printed on the card in most examples, without regard as to who was the actual photographer. Some cards might include the particular town name but most seem more generic by listing all the studios at the time such as: “Cumberland, Frostberg and Lonaconing, MD” as in the example here.

In the list below, the brother who was at the studio is included where it is documented. Note that even if neither of the brothers were present, the studio might have been managed by someone else and the cabinet card logo would still look the same. 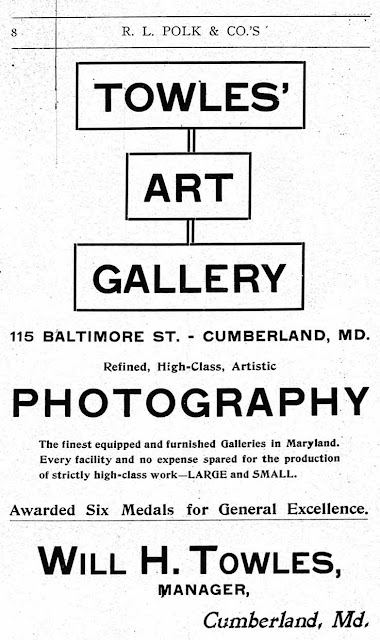 Baltimore, MD
1902, 1903
Clarence O Towles was living there but there are no records confirming he operated a studio there; by this time he was operating the J Sussman Photostock Company

Frostberg, MD
No city directories available
Time frame would be around 1895 to 1897, after 1897 the District of Columbia location would be included on the card

Lonaconing, MD
No city directories available
Time frame would be around 1895 to 1897, after 1897 the District of Columbia location would be included on the card

The cabinet card shown above was probably finished around 1895 to 1897.