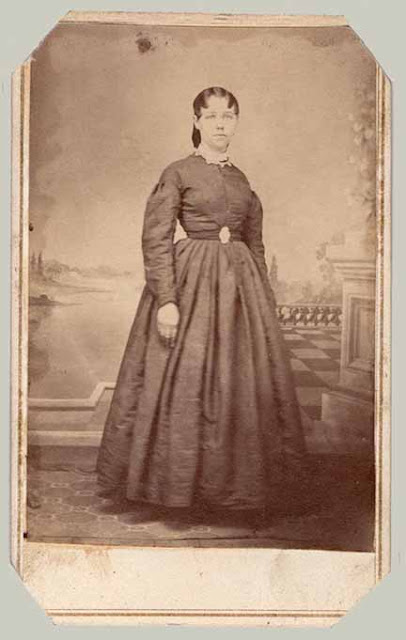 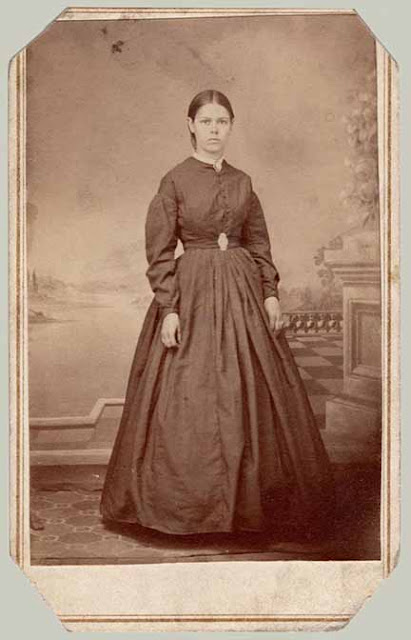 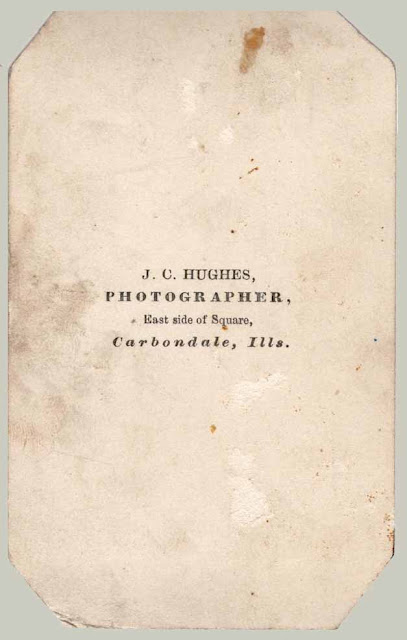 reverse of the two cards at the left

So there is a space of about 7 years from Sept 1863 to Jun 1870 that J C Hughes COULD have been a photographer. He was a photographer in 1863 but it is not known for sure when he quit and went back to farming.

Jeremiah’s brother Benjamin F Hughes was the artist/photographer, at least in most documents found about him. He died at the young age of 58. Note he is NOT the same as Benjamin E Hughes who was partners with Charles M Bowman in Omaha, NE, in 1890.

All in all, it looks like neither of the Hughes brothers were very serious about being portrait artists. There were no mentions of them found in Photography Journals or the newspapers of the time.

One should consider a photograph by either of the Hughes brothers to be quite rare.