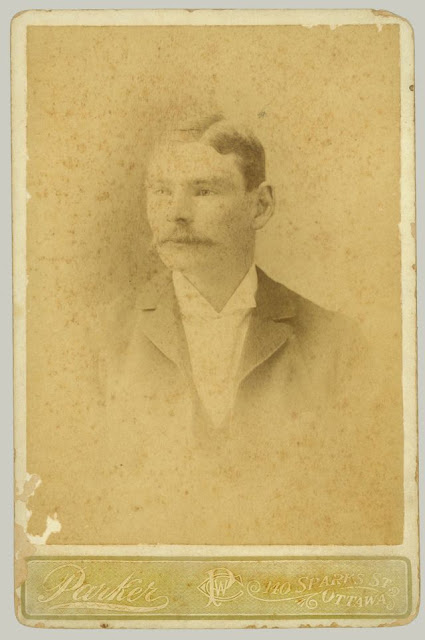 It appears fairly certain that Charles W Parker was a photographer at 140 Sparks st in Ottawa, Ontario, Canada, from 1891 to 1898.

And before that a Charles Parker was apparently a photographer in Bay City, MI, 1869 to 1890 but it cannot be confirmed that it is the same as the Parker in Ottawa. Maybe it was his brother. It has not been established yet what profession his brother followed. If it was also photography, then some of the locations could be one or the other or both. Many documents just list C W Parker.


Some news items seem to conflict with other information sources. The newspapers indicate that Charles W Parker closed his Ottawa gallery and moved to Toronto. Further news stories tell of his expedition to the Klondike with his brother C W Parker, contracting scurvy, returning to his Toronto home and dying in August of 1899.

The Toronto city directories do not support this. There are two Charles W Parker’s listed from 1896 through 1900, as clerks, one for a drug company and the other for the GTR railroad. Are these the two brothers or two entirely different Parkers?

Also, between 1882 and 1901 city directories show a Charles Parker as photographer in New York, New Jersey, Vermont, Massachusetts, and Washington D C as well as Ottawa. They are not all the same person.

The only positive location for photographer C W Parker is 140 Sparks st in Ottawa, ON. He was apparently there from 1891 through 1896. Other locations cannot be confirmed. 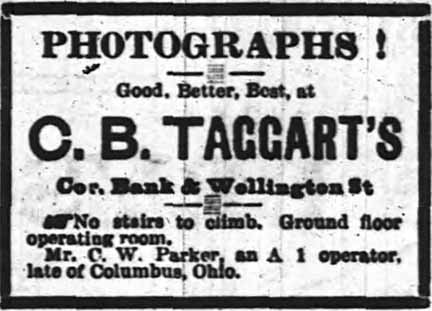 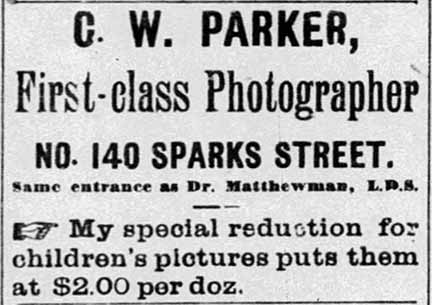 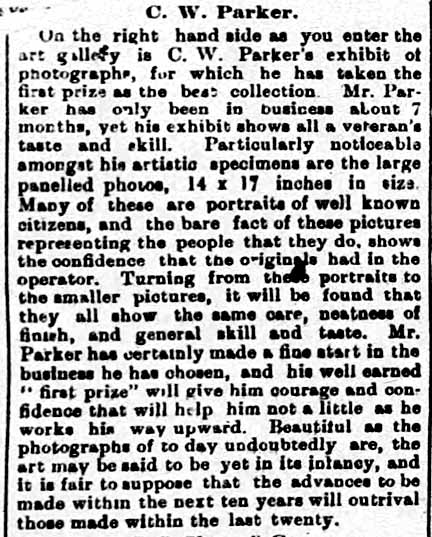 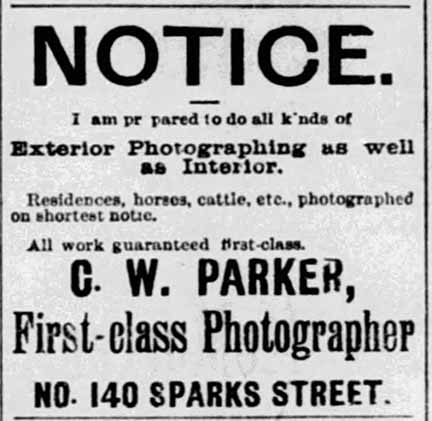 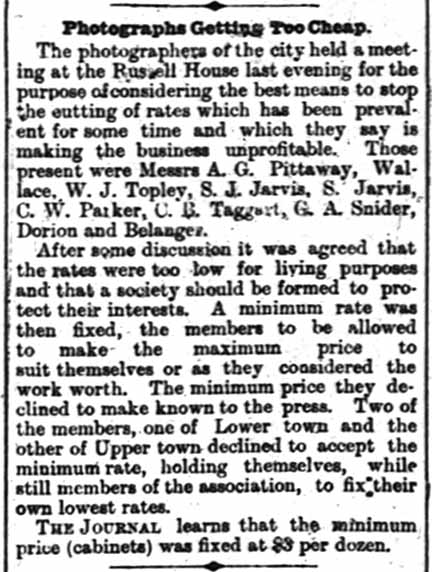 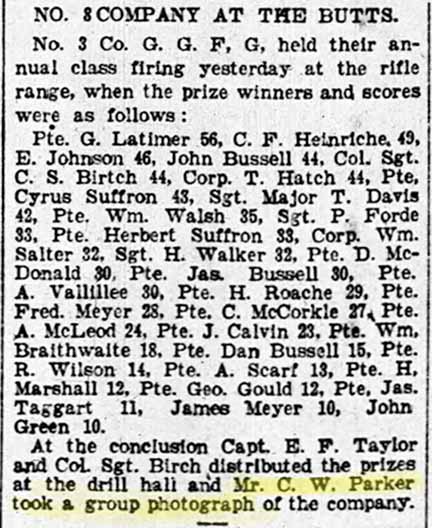 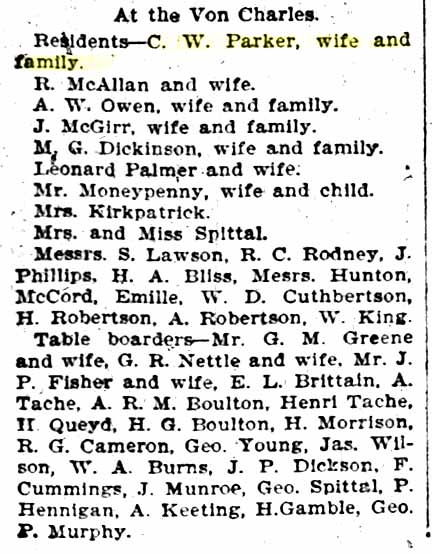 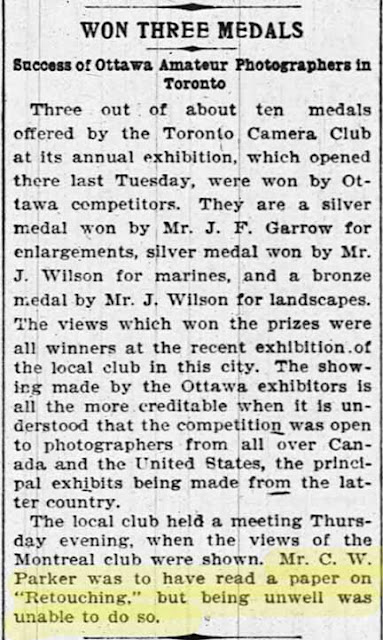 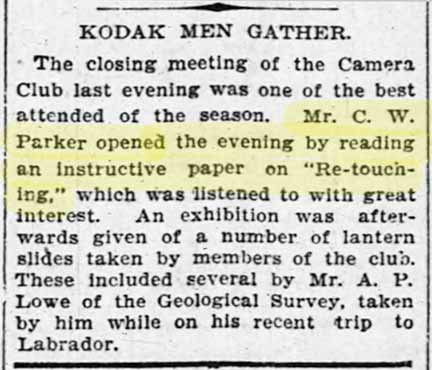 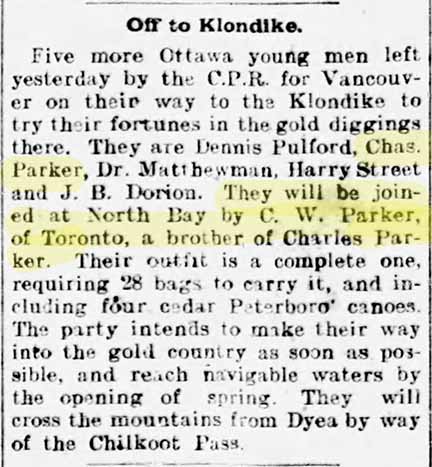 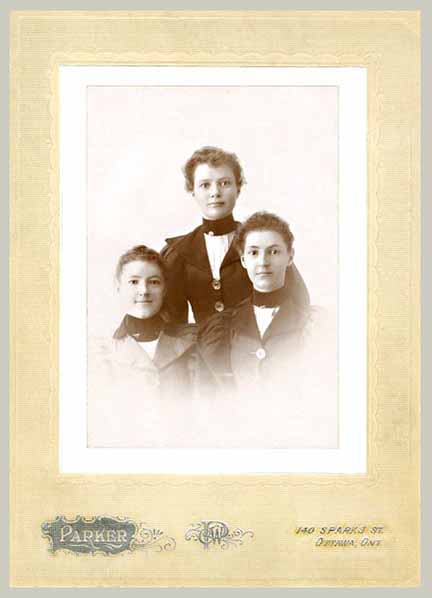 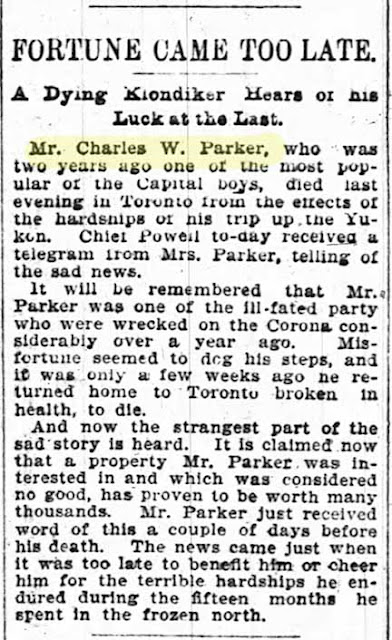