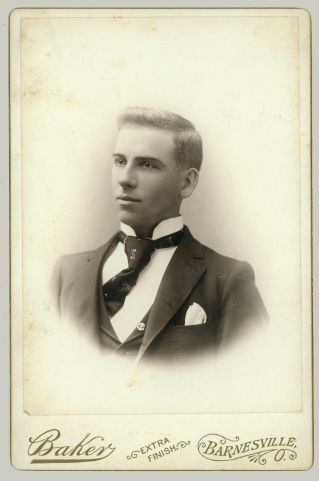 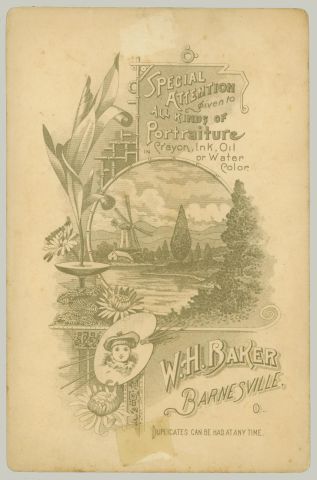 Reverse of the Card on the left


There were at least 50 photographers named Baker in the cabinet card era. There were four of them in Ohio.

William Henry Baker worked as photographer all his life, and all of it in Barnesville, OH. There is no city directory available for Barnesville so his working history is pretty thin based only on the US census and a few mentions in the Zanesville, OH, newspaper. Barnesville and Zanesville are about 50 miles apart. It is possible that Baker had studios in both towns but nothing has been found to document this. (See 31 Oct 1929)

To complicate searching a bit, there were several other men named W H Baker in Ohio during that time. They were policemen, farmers, judges, pastors and politicians making appearances in the newspapers more often than the photographer. There was also a jeweler named W H Baker living in the same town of Barnesville.

It appears that this photographer was well known for doing school class photographs. The event is documented a couple times in the newspaper.

The example here could have been taken any time between about 1888 and 1931. The design of the card would indicate it was close to 1900 as cabinet card popularity was decreasing after that time. 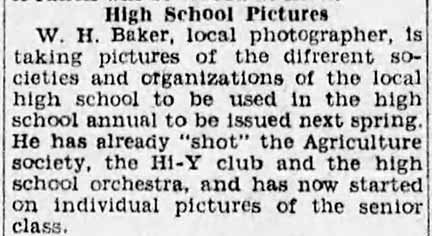 (Note: Baker was in the photography business much longer than 35 years) 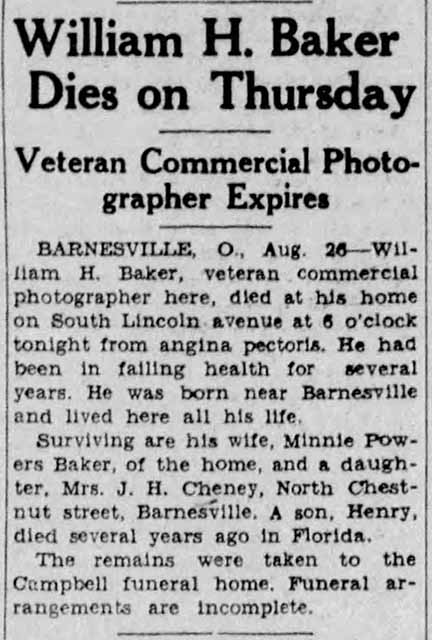