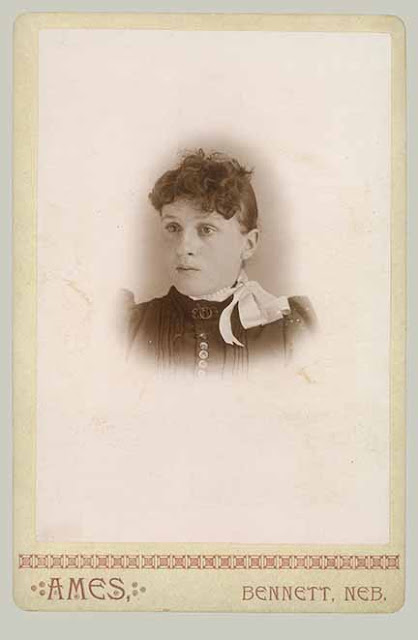 
There are two possibilities for this one. The records do not paint a clear picture of either of them. There was William H Ames and Arthur E Ames.

Arthur E Ames appears to have been a lifelong photographer who worked mostly in Chicago, IL, There is a gap in his record however. Between 1901 and 1906 there is only one record found. In 1903 he is listed in the Sioux City, IA, city directory as photographer. The next record is from 1906 showing he is back in Chicago, IL, as a photographer, partners with Howe. (Howe was probably his father in law.) The records are sketchy from then on but it appears he works in Chicago for the rest of his life. Sioux City, IA is about 160 miles from Bennett, NE so in those years around 1903, he could have also have worked there briefly.

William Ames shows up only once as photographer but he lived mostly in Lincoln, NE, which was only 17 miles from Bennet, NE.

Arthur Ames was a lifelong photographer but only one record places him in Sioux City, IA, 156 miles from Bennett, NE.

The available records indicate that whichever Ames was in Bennett, NE, for this photograph, it was probably after 1900.