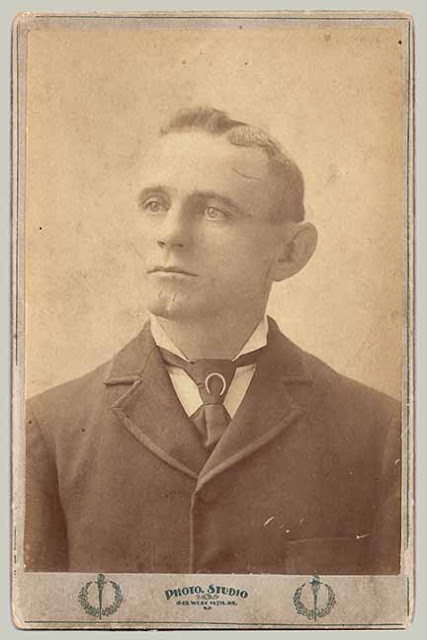 
This picture of Harry Walton, a Philadelphian Bare-Knuckle Pugilist (1884-1895) and vaudeville performer, was provided by his great-grandson, Timothy Bolton. 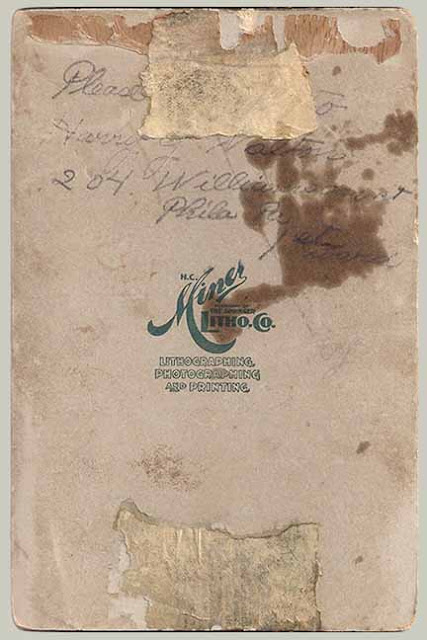 But he wasn’t a photographer.

Apparently a photography studio was part of the Minor lithograph business. The actual photographers are unknown at this time. A large part of H C Minor’s business apparently was in promotional posters for the theaters in New York, several of which were owned by Henry Clay Minor.


From encyclopedia of American Biography 1800-1902
Name: Henry Clay Miner
MINER, HENRY CLAY, business man, congressman, was born March 23, 1842, in New York city. He was educated at the New York city grammar schools and at the American Institute school; studied the drug business and has been more or less engaged in that business. In 1864 he went out in advance of Signor Blitz, the magician and bird trainer; his next engagement was with Thayer and Noyes's circus, and eventually he became the head of a metropolitan theater, and then rose to the proprietorship of five popular Thespian resorts—the Fifth Avenue, the People's, Miner's Bowery, Eighth Avenue, and Miner's Newark theaters. He is president of the Miner Lithographing company, owns extensive phosphate interests in the south, holds large blocks of railway and mining stock in western corporations, directs a New York newspaper syndicate, and is the owner of a large drug store and photographic material house in New York city. He was elected to the fifty-fourth congress as a democrat. 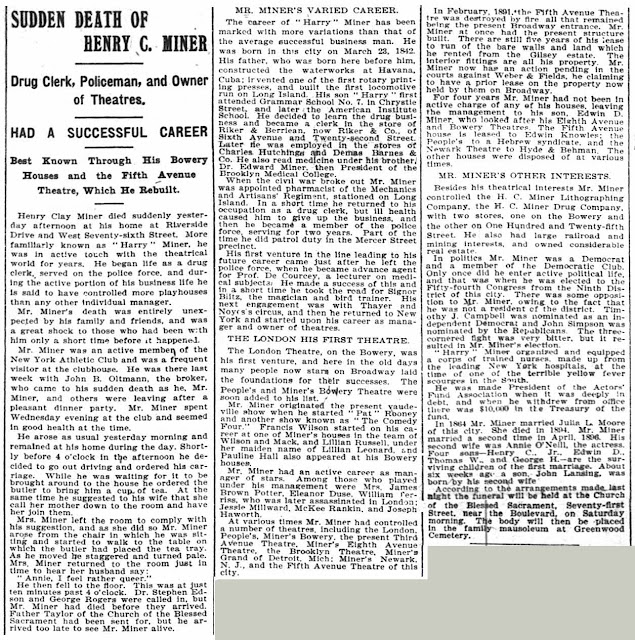