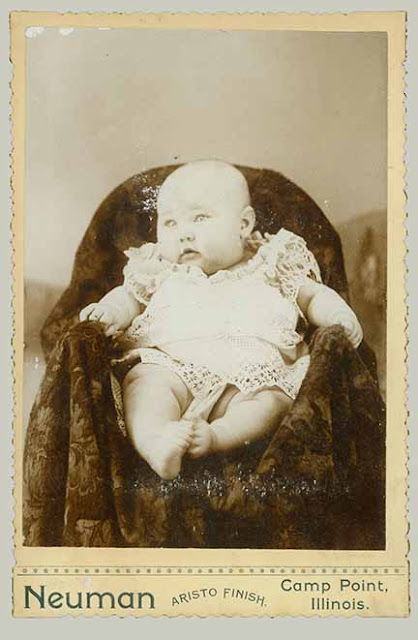 Additional searches found almost nothing. There was no city directory at Camp Point, IL. No newspaper mentions were found.

So far it can be shown only that W H Newman was photographer around 1900. photographer: Neuman
Butler, IN
example from auction site
(Probably NOT the same Neuman. Butler, IN, is over 400 miles from Camp Point, IL.)