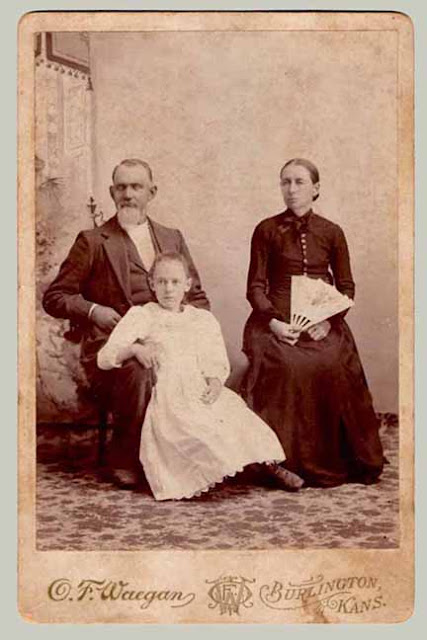 (Worchester, MD, is way out of his usual area and profession for Otto Waegen, but the first name and initial are the same, the wife’s name is the same and the daughter Violet is listed as “Viola”. The ages are close and, except for Otto himself, the birth locations are close. The ages of the women are inconsistent but similar to all other documents found. Otto’s age and birth location varies from document to document.)

1929 Feb 10
St Louis, MO, state records, Otto F Waegen dies at age 77 of bronchial Pneumonia (His death certificate says he was a “civil servant” at the time of death. No other documents have been found to support this.)

Normally this would be the end of the coverage of the timeline for a photographer. However, there is a curious inconsistency in the documentation of daughter Violet and her mother after the death of Otto.

Although there is clear documentation of wife Martha Waegen’s death in 1935, she appears again five years later, in the 1940 US census, living with her daughter, Violet Waegen, in St Louis, MO. These documents have been included below.

It's probably just some clerical error. 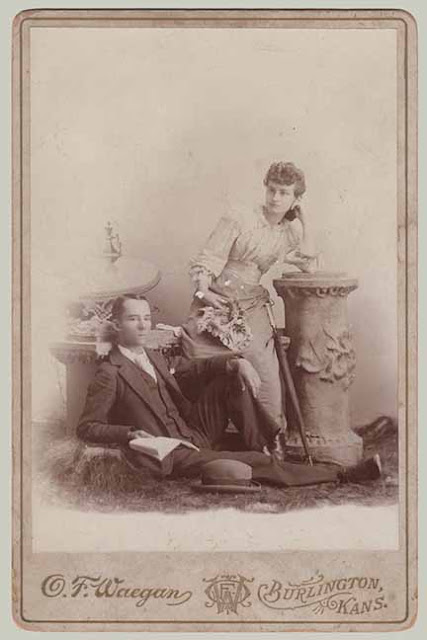 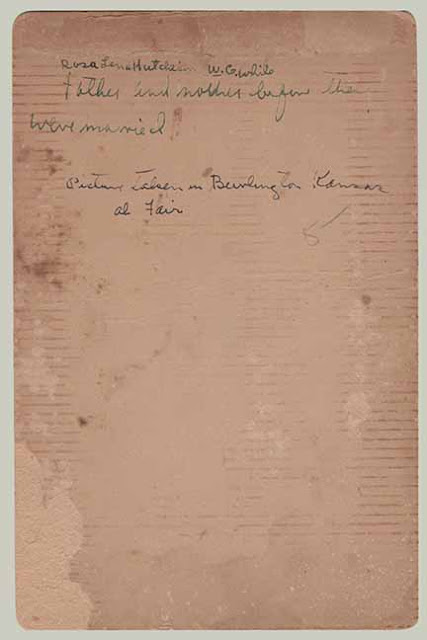 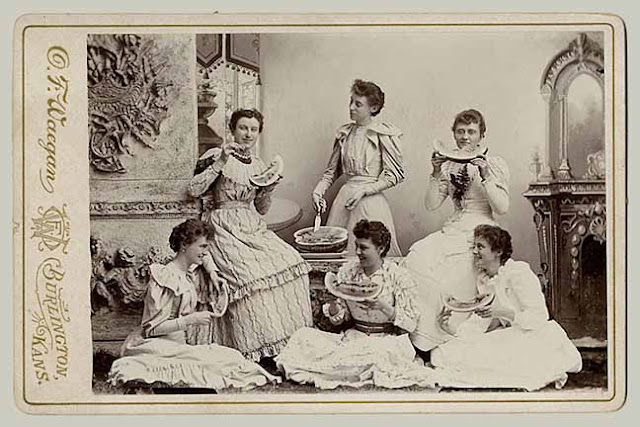 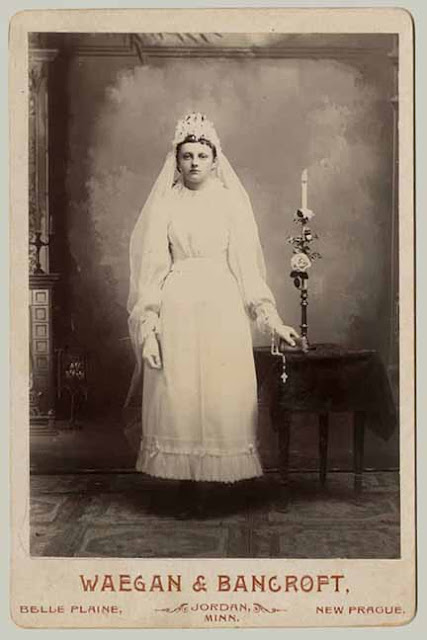 Otto Waegan is the only Waegan found so far to have been a photographer at least part of his career. So this Waegan is probably him.

There were several photographers in the cabinet card era that might have been the brief partner with Waegan in Minnesota.

The towns of Belle Plain, Jordan and New Prague are all within 20 miles of each other, all less than 50 miles southwest of Minneapolis, MN.

Nothing has been found to connect Otto Waegan with any of these photographers named Bancroft. Considering how Waegan moved around, it is quite probable that he, like some other photographers, took on a temporary partner just for the money up front or the use of rental rooms. No evidence has been found to support this. 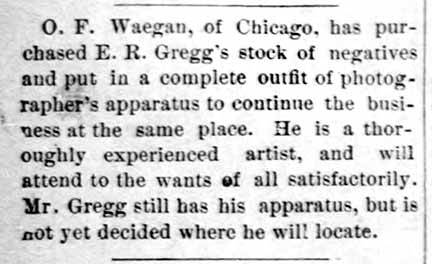 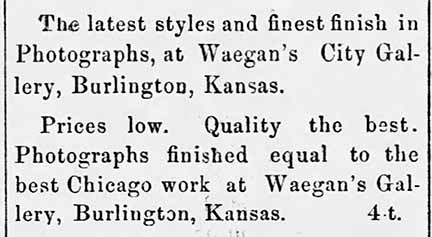 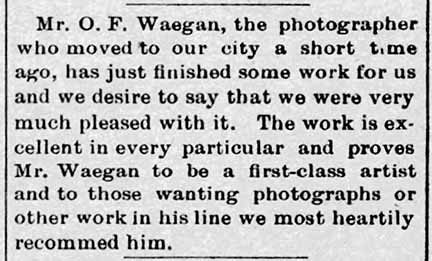 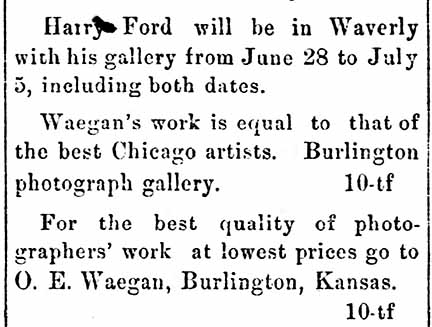 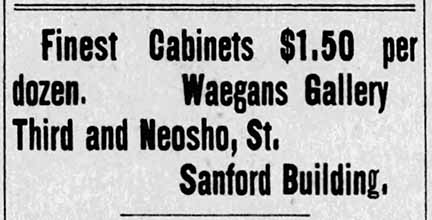 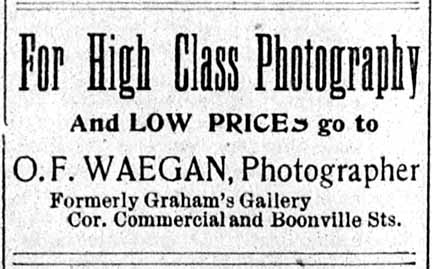 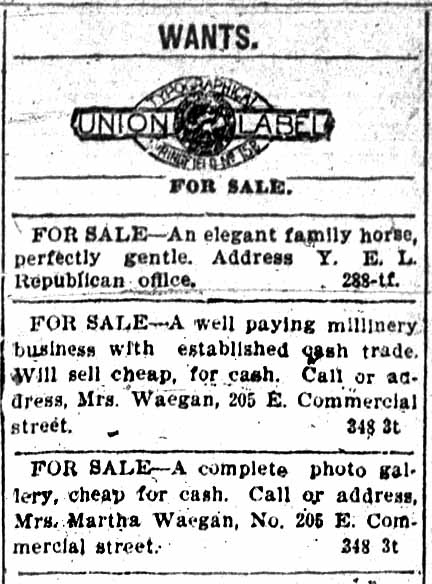 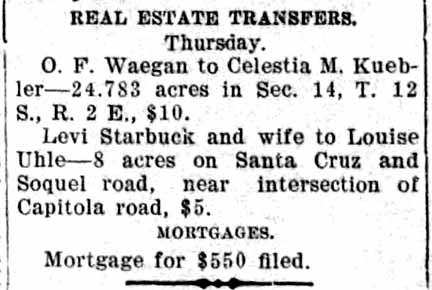 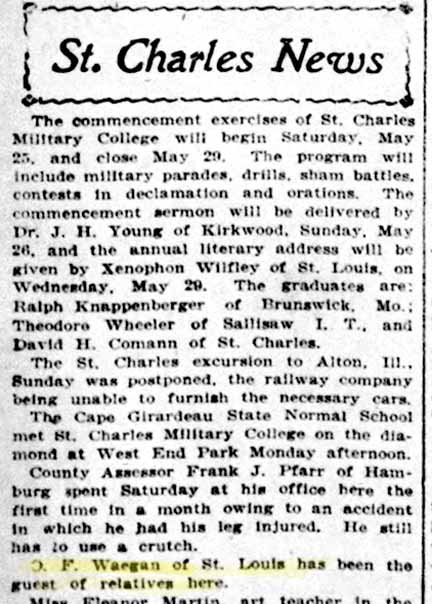 Relatives? His wife and daughter lived there at that time. 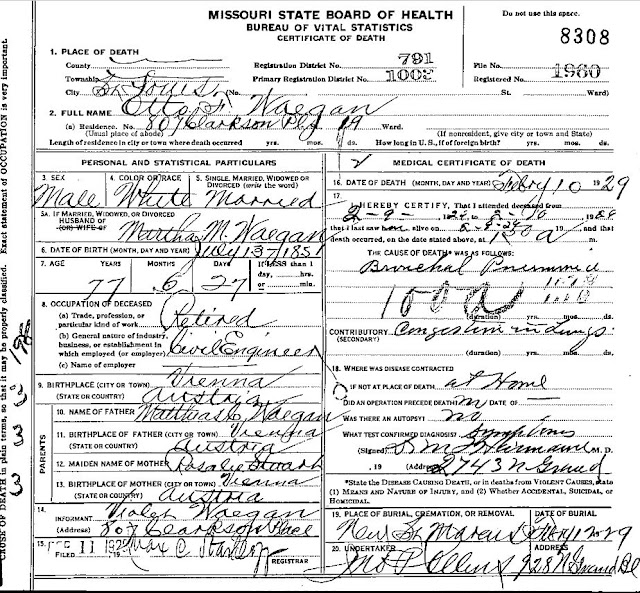 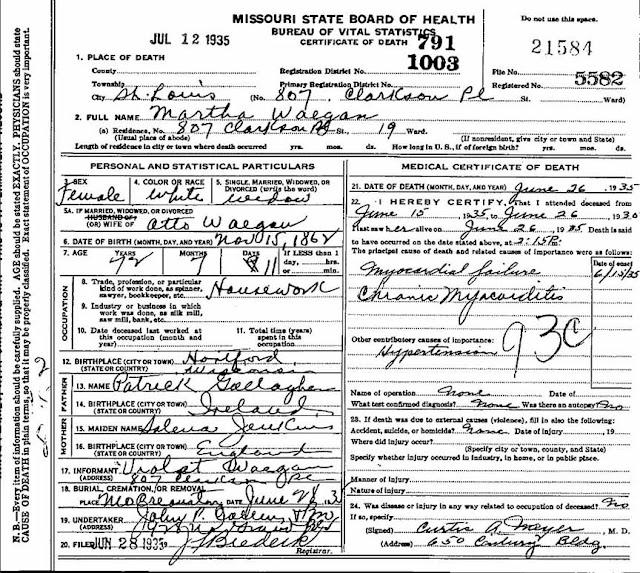