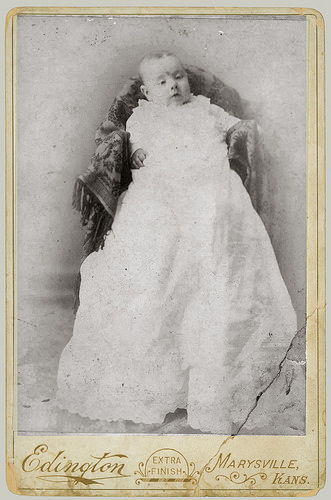 
Carl Samuel Edington (1876 - 1962)
Quite a lot can be found about C. S. Edington of Marysville, Kansas. However, it appears most of his career was spent as a farmer and egg producer. There is no occupation shown in the 1895 Kansas Census. Only once, in the 1900 US Census is he mentioned as a photographer. A small mention of him in the Ottawa (KS) Herald 22 May 1900, says he is contemplating returning to business near his old location with partner Tuman.

By 1905 according to the Kansas State census he had moved 25 miles west to Washington, Kansas, but no occupation is shown.

The picture at the left must have been taken before he went out of business in 1900.

A bit more information from Phil Bigham in the comments:
The record I have is this was started by Charles Rollins Edington and O.D. Welsh in 1890. Edington bought out Welsh in 1892 and ran this until William and Virginia Edington took it over and ran it until 1975. This was located in Marysville, Kansas 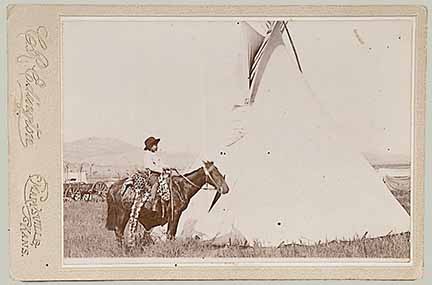