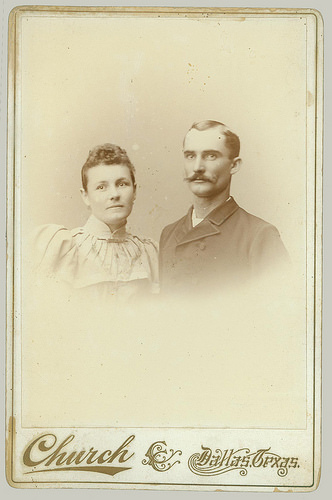 Clifton Church was born in Massachusetts, worked in Dallas, TX, for 22 years and then returned to Massachusetts to retire. One could almost believe it was two different people. His date and place of birth and wife’s name and age are the same in all records however. And the Superman/Clark Kent rule comes into play. When he’s in one state, he’s not in the other.

What drew him to Dallas, TX, from Massachusetts is unknown.

This cabinet card was made in that period of 18 years he operated as a photographer, between 1888 and 1906.