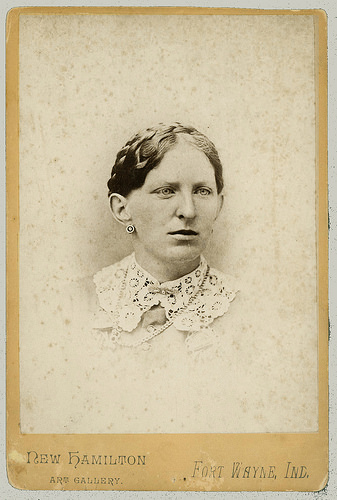 In 1889 Daniel H. Hamilton is listed in both the Grand Rapids, MI, city directory and the Milwaukee, WI, city directory. The two cities are 113 miles apart, straight across Lake Michigan. He apparently had a studio in both cities at the same time.


An obituary on Find-A-Grave website says that Daniel H. Hamilton was born in New York, died 3 Oct 1891 in Grand Rapids, MI. But his wife in this document is named Elizabeth, also a photographer. This is probably an error. There were several wives named Elizabeth Hamilton around this time but none of them were photographers and none of them were in the right geographical location.

The Michigan Death Records shows a Daniel H. Hamilton, photographer, born in New York, died Oct 3, 1891 of heart disease. This record says the names of his wife and parents are “Unknown” .

Daniel H. Hamilton dies in 1891 but his wife Emma carries on the studio at 79 Canal in Grand Rapids, MI until about 1912.

The cabinet card here was probably finished between 1877 and 1886 when he left Fort Wayne, and moved to Grand Rapids, MI. 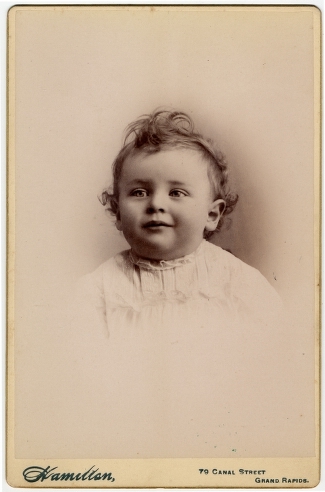 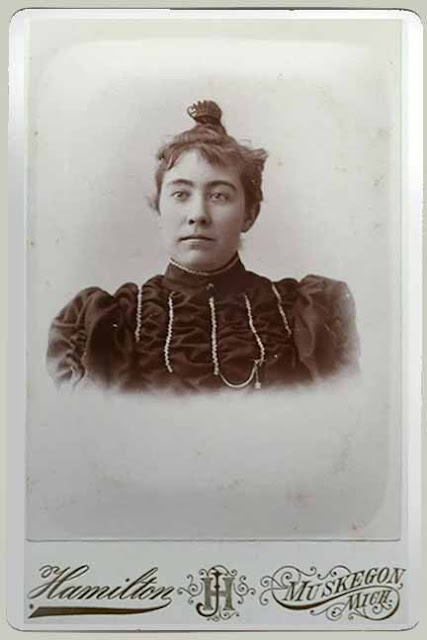