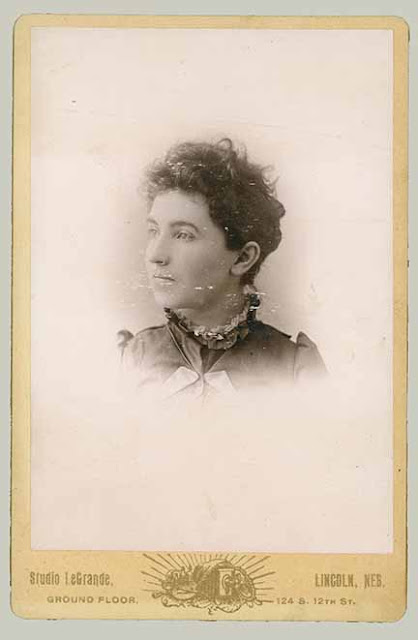 Many of the photographers of the cabinet card era were upstanding citizens, involved in civic and social affairs in their communities. Many of them grew very rich through investments and real estate transactions. And hard work. J Grant Speake does not appear to have been such a photographer.

He changed the name of his studio at least four times. He changed partners at least three times. He moved around a lot. And he was jailed at one time for trying to bilk some customers out of their money by not delivering their ordered prints. He was apparently saved from a jail term by his wife who finished up photographs while J Grant Speake was in jail, and delivered the merchandise to the complaining customers.


Another example at
Cabinet Card Gallery


So there are records that show J Grant Speake was operating at 124 Twelfth Street from May of 1891 through August of 1892. An 1891 city directory ad shows that the studio was called “LeGrand” at least at press time for the directory.

It is only a guess but the studio might have been called “LeGrand” only in that brief period between July of 1891 and February of 1892. 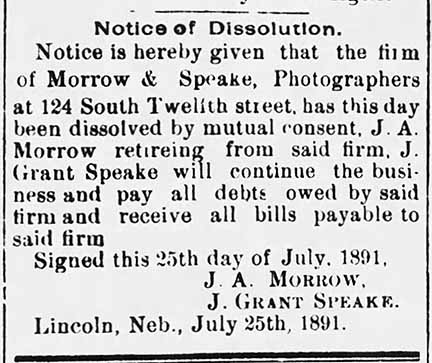 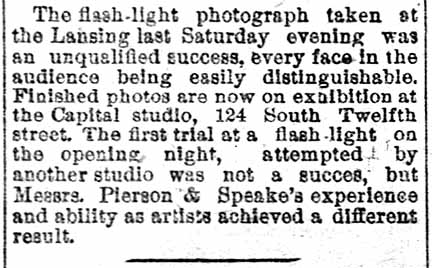 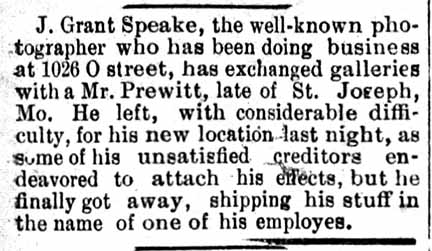 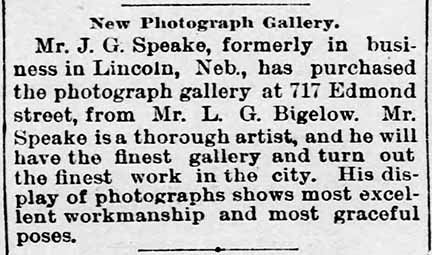 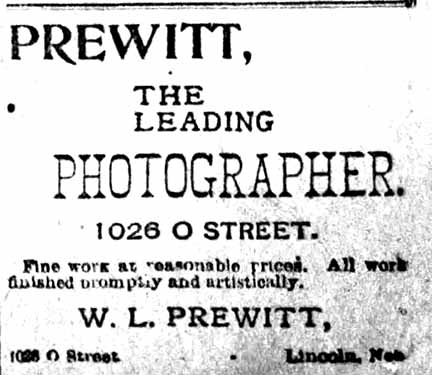 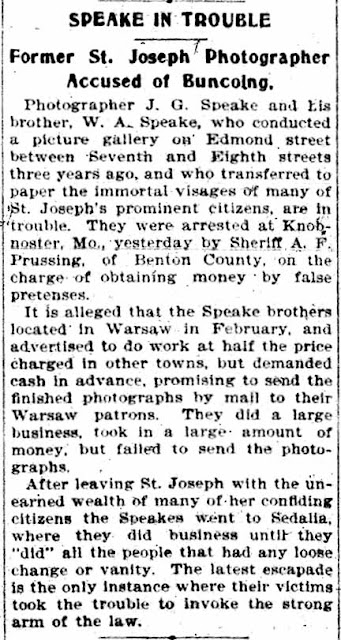 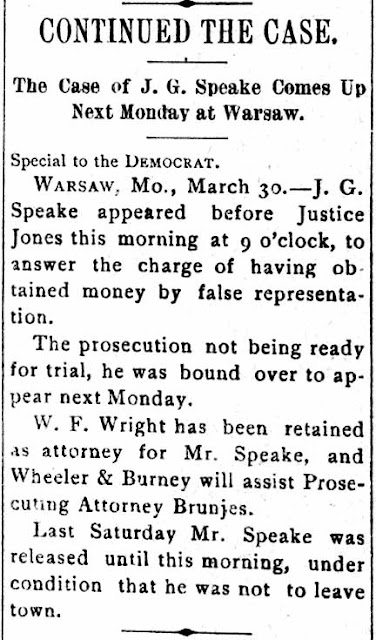 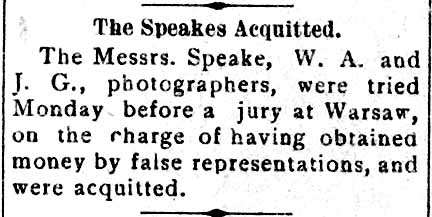 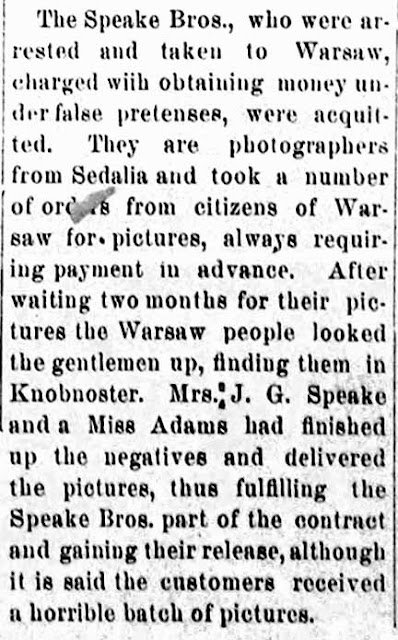 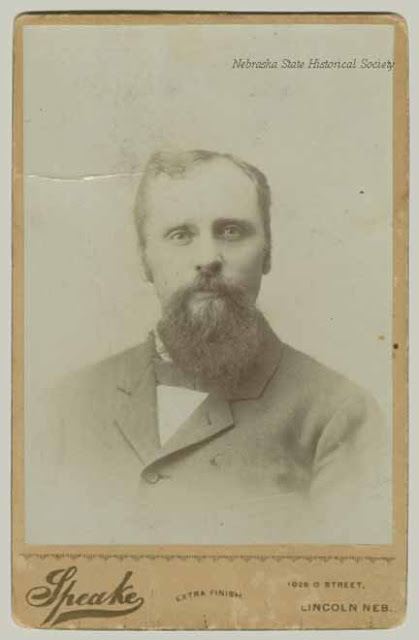 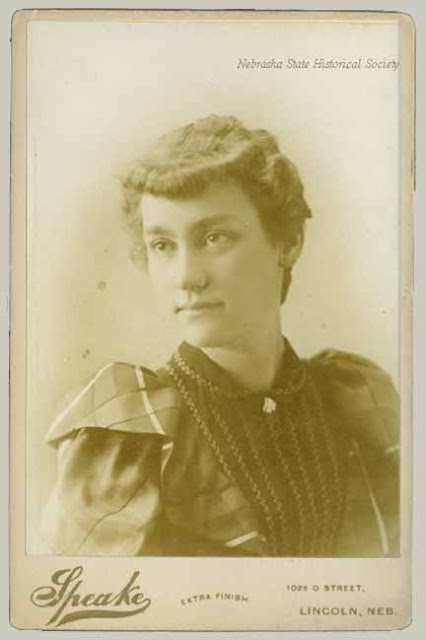 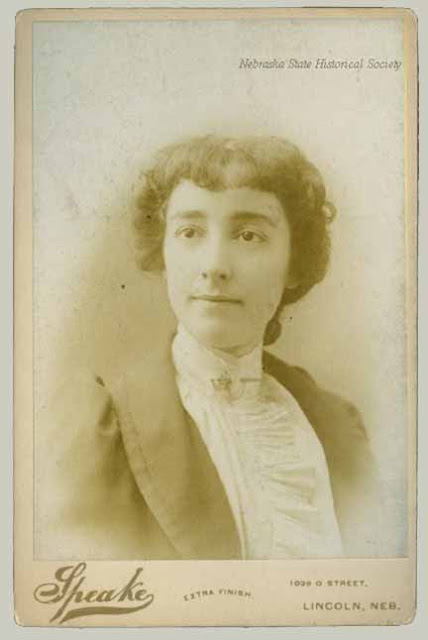 
No other examples of work from LeGrand studio or J G Speake have been found. 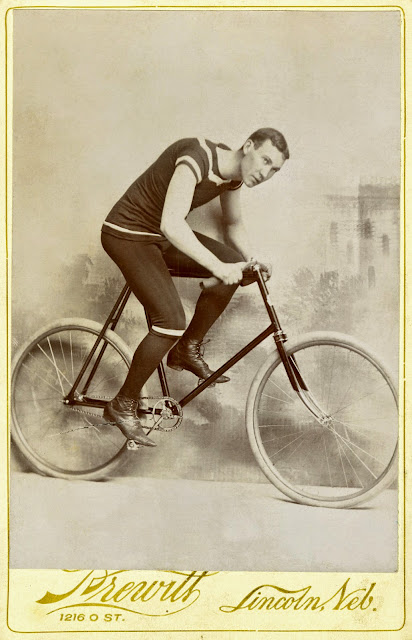