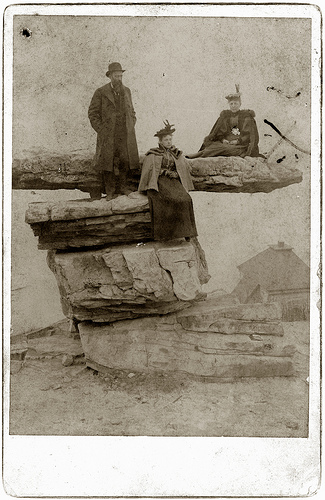 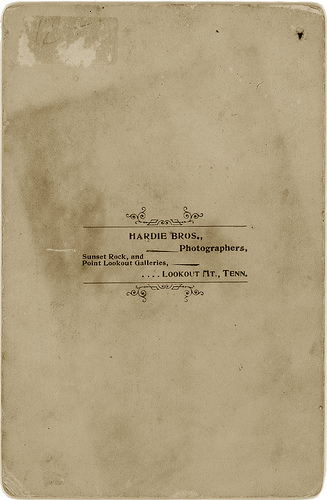 The reverse of the card on the left.

Henry Hardie was born in Ellesmere, Shropshire, England. In 1867, when he was two, the family migrated to Canada. Charles Hardee was born in Middelsex, Ontario, Canada.


1905
(Chattanooga, TN, City Directory) Charles operating restaurant, Henry not listed
1910
(US Census) Henry living in Hudson, MI, and no records show he ever returned to Tennessee. Charles has not been found in the 1910 Census.
1911
Charles and Daisy English marry in Hamilton, Ontario
1920
(US Census) Charles is listed as merchant, and in following documents listed in business as Hardie and Caudle clothing
1935
Henry Dies
1956
Charles Dies

Signal Mountain, Chattanooga and Lookout Mountain are all in Hamilton, County, TN.
The only time the Hardie brothers were together in Hamilton County, TN, is 1899 to 1905