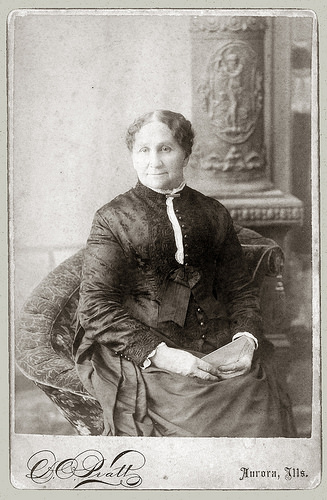 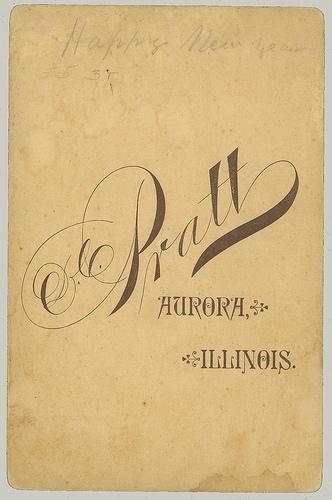 It is difficult to believe but there were at least three people in eastern US, in the 19th century, named DeWitt Clinton Pratt; a constable, a carpenter and a photographer. There were even more named DeWitt Pratt, D. Pratt and D. C. Pratt.


D. C. Pratt spent most of his career working in Aurora, IL. When he died in 1903 his son, Edmund carried on the profession with a few interruptions until his death in 1924.

The timeline here shows a few variances in the studio address which should help date a card when the address is included in imprint.

So DeWitt Clinton Pratt was an active photographer from about 1850 to 1902. From the physical appearance of the card, it was probably done early in the decade following 1890. 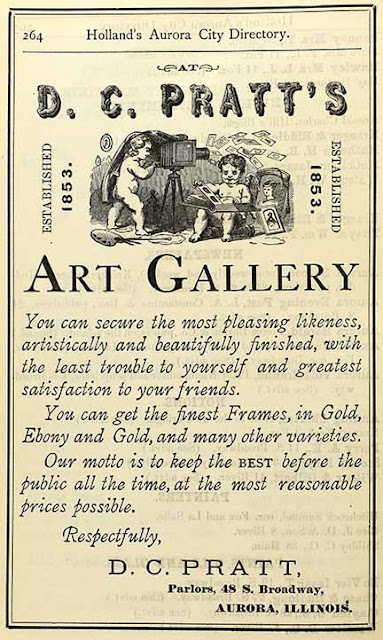 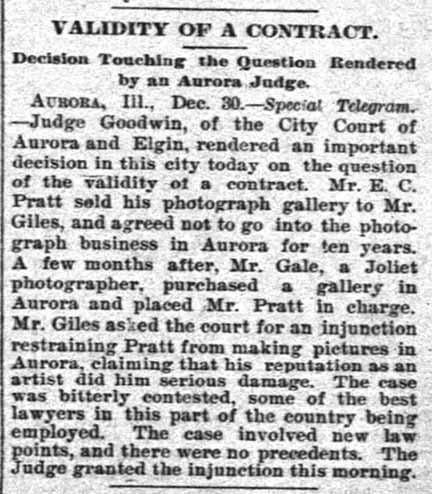 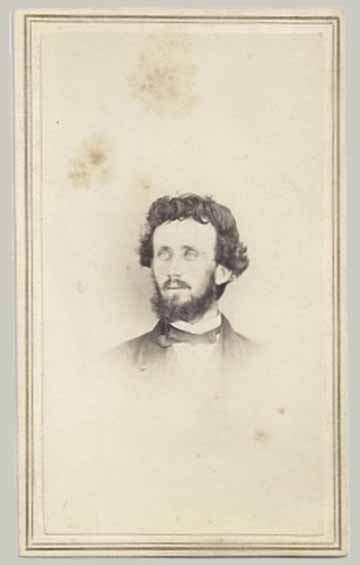 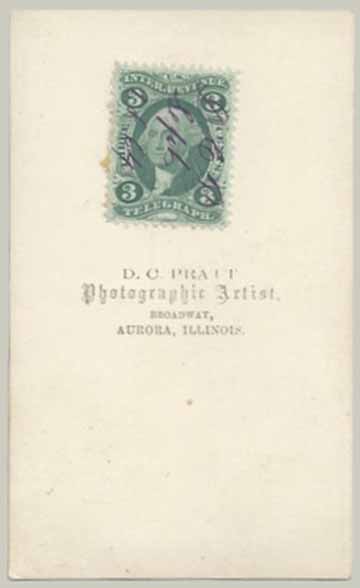