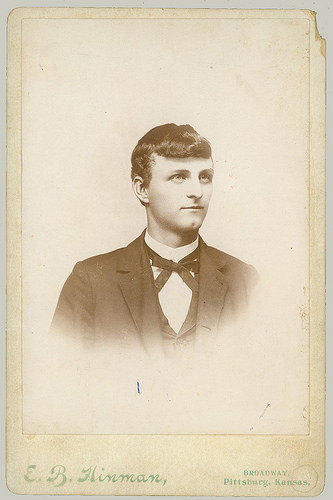 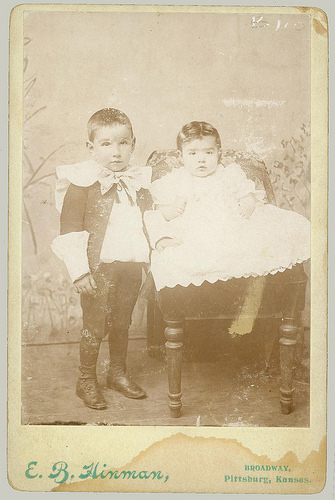 His wife Emma dies after they have moved to Frontenac, KS. Fontenac is actually the north part of Pittsburg, KS, where he will live from 1900 to 1905. He is never again listed as photographer.

He works as a salesman for musical instruments and then life insurance. It is speculation only, but it looks like he was photographer in Pittsburg, KS, only for a short time between about 1888 and 1903. And perhaps he continued in photography as a sideline while he worked in the music business.

The style and stock of the cabinet cards here indicate much earlier production, in 1866-1880 but since he was apparently not in Pittsburg, KS until about 1900, perhaps he was using up some old stock. 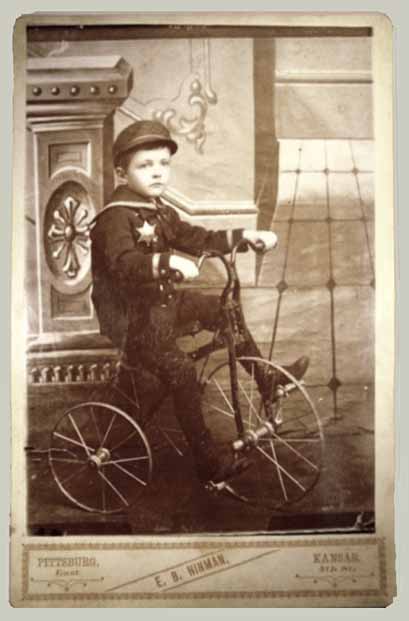 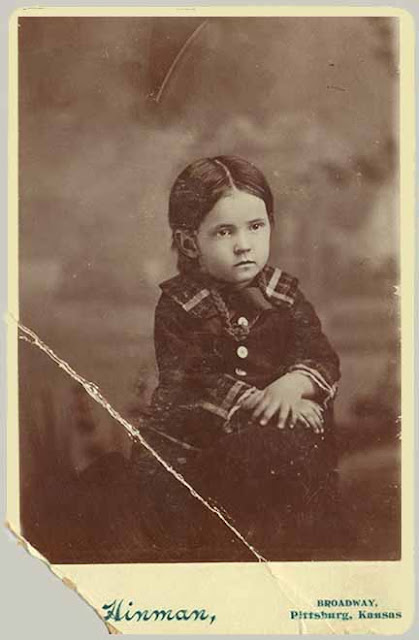