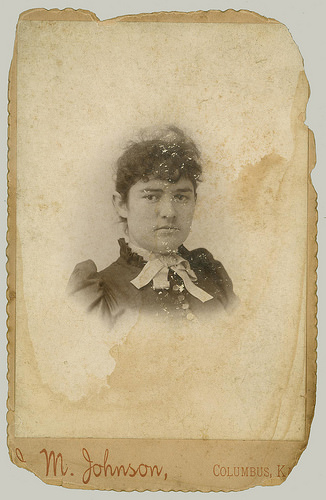 
The first initial is incomplete on this cabinet card and unfortunately there were a lot of photographers named Johnson in the cabinet card era, so research on this photographer has little place to start.

According to an 1881 Gazetteer , there was a photographer named L. M. Johnson who worked in Columbus, MO, an unincorporated township that at the time had only about 2000 residents and is nowhere near Columbus, KS.

There was also an L. M. Johnson working as a photographer’s helper for S. J. Morrow in Yankton, Dakota Territory, in 1880.

The card is in poor condition but there is a deckle edge visible, so it is probably from around 1890 or after.

The above clipping comes from a Columbus, KS newspaper, adds a bit of connection or perhaps more mystery about the whereabouts of J. M. Johnson. See the OSCAR HAINES listing for details.


The example below is from a Holmes family tree on Ancestry.com which has been dated by the owners at 1897. 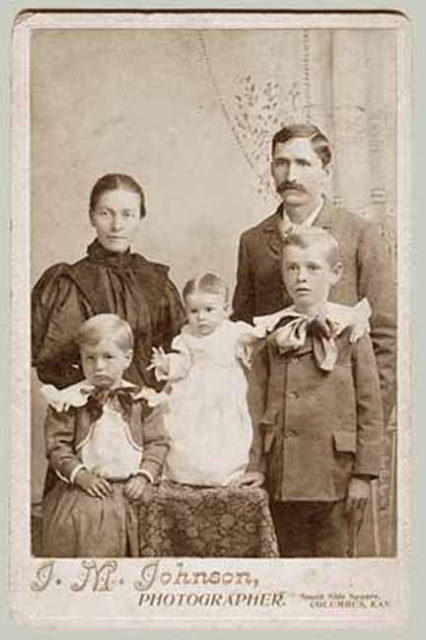 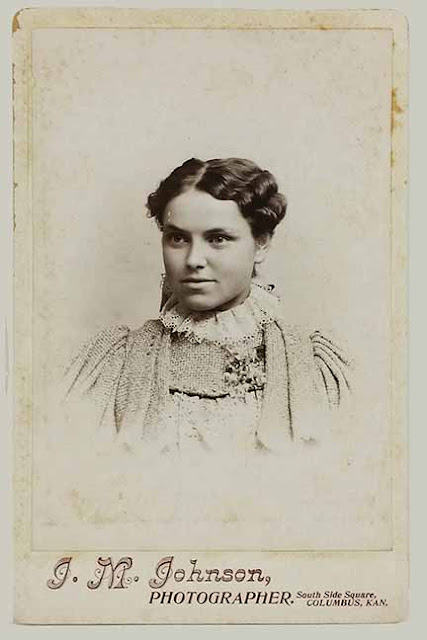 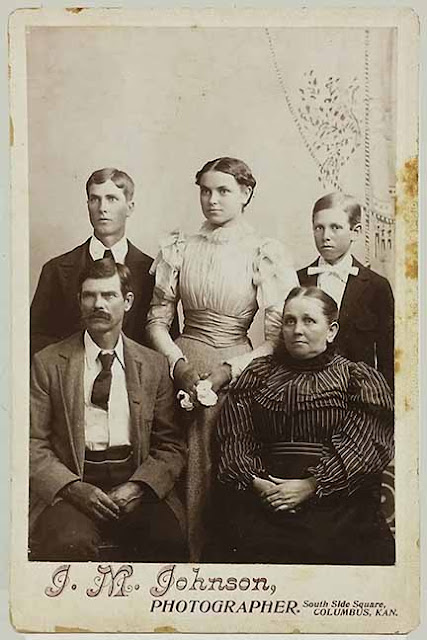 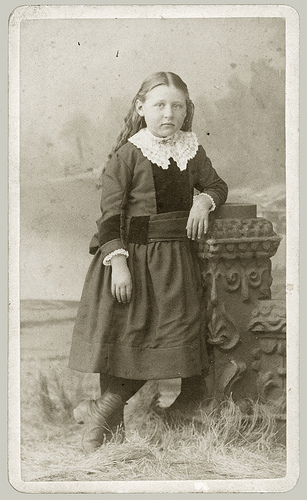