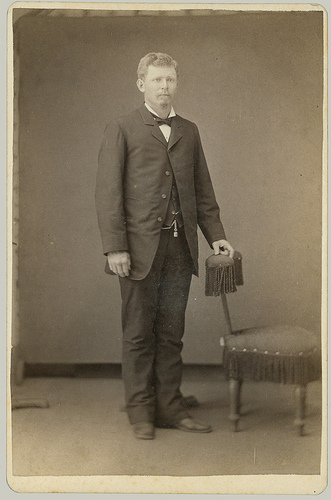 E. M. Marschall was born in Barnwell, SC. He was orphaned by the time he was 8 years old. The 1870 US Census finds him working as a clerk in a relative’s store still in South Carolina.

A 1878 tax roll shows him in Honey Grove, TX. The first and only mention of photography is the 1880 US Census.

He apparently partnered with a Brekeen in a pharmacy or general store as there are several mentions of the operation in the Honey Grove Signal, the town newspaper.

He apparently practiced photography as a sideline as there doesn’t seem to be any mention of it other than the 1880 US Census. The cabinet card here was probably done near that year. 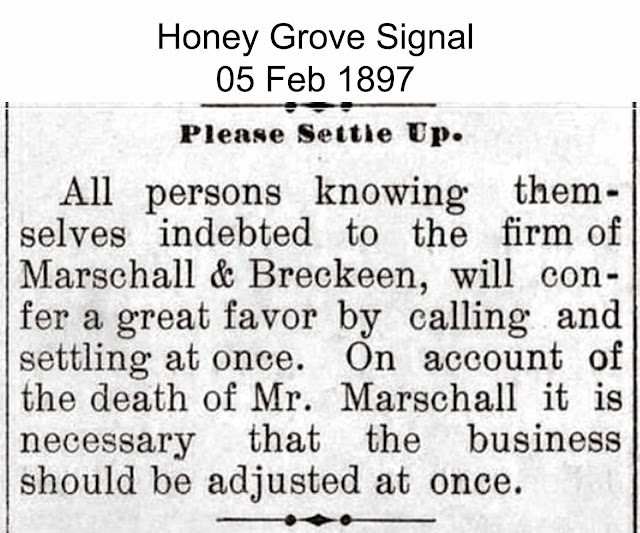