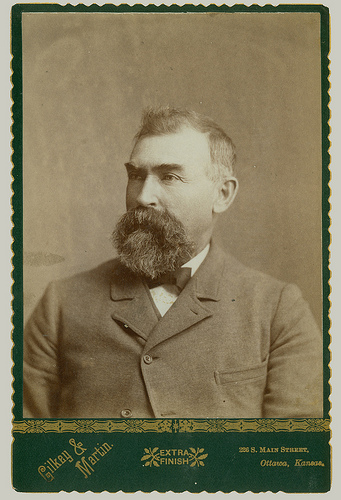 
It appears that the Martin of “Gilkey and Martin” was actually William H. “Dad” Martin who
began the “Tall Tales” postcard business. These were cards depicting giant grasshoppers, rabbits, cabbages or onions, promoting some exaggerated comical tall tale.

Martin took over the photograph studio from Gilkey in 1894 and began making his photo-montage comic cards.

He sold the photography studio the next year in 1895, to work full time on his post card business.

He sold the postcard business in 1912. He then started the National Sign Company. 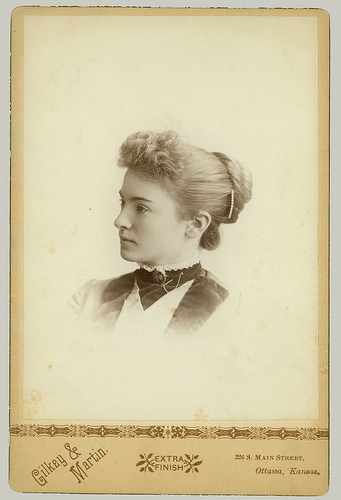 The records are a bit sketchy but apparently Gilkey and Martin worked together between 1886 and 1894. After that Martin worked alone as a photographer until he sold his studio in 1895.

It is important to note that although John H. Gilkey is the only Gilkey found in the Ottawa, KS, area between 1886 and 1923 he is never noted as photographer in any document found so far.

John H. Gilkey arrived in Ottawa about 1903. He apparently left the photography business to do farming and the directories and census reflect that he is living in Richmond, a farming community just outside of Ottawa, KS. Richmond is included in the Ottawa city directory. He dies in 1923.