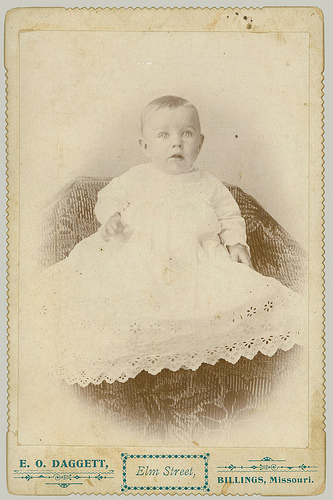 It’s a bit of an assumption but there must have been only one person named E. O. Daggett living in the south-west corner of Missouri between 1860 and 1910. That stated, although several records were found for Elbert Otis Daggett, nothing ever confirms that he was a photographer. In the 1910 US census, he is recorded as being an insurance adjustor and all other records found say he was a farmer.

There was a family of Daggetts living in and around New York State but there is no indication that any of them travelled west. In the family was a “photographist” Edmund Daggett found in the 1870 Nunda, NY, city directory, but it appears unlikely he might have traveled to Billings, MO, at any time. He is also noted in the 1875 New York state census as “Artist” with a son G. E. Daggett. No E. O. Daggett in their tree. Edmund Daggett died in 1890.


So if Elbert Otis Daggett is the right person, it must be concluded that he was a photographer for only a short time, probably between 1900 and 1920, when he was open to being something other than a farmer.

Caution: at this time, this is all speculative.

Timeline from US census, city directories and state records

No evidence was found that Elbert Otis Daggett was ever a photographer or in Billings, MO. 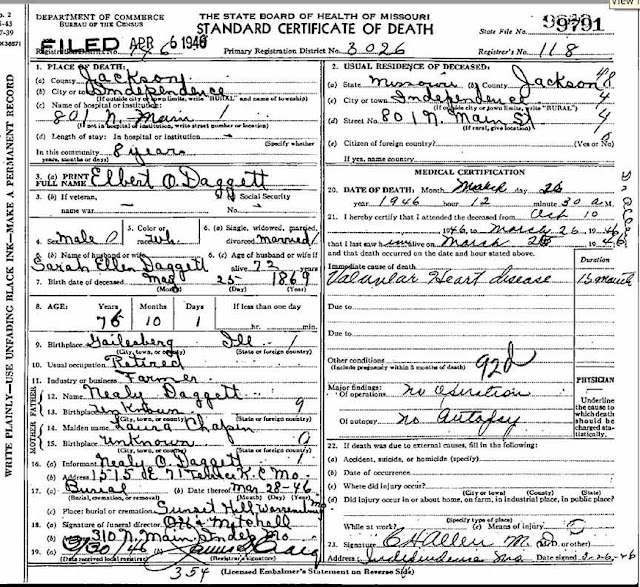 Billings, Missouri, had a population of 464 in 1890, hardly large enough to support a full time photographer. It is actually part of the Springfield, MO, metropolitan area in the southwest corner of the state.


A transcript of a
1901 Gazetteer of Muskogee county, Indian Territory, mentions a photographer named E O Daggett. No connection has been made.

A newspaper list of Missouri Agency Appointments shows E O Daggett appointed to the Fire Association of Odessa, MO.
(See next row) No connection has been made.

A list of churches in the Missouri Presbyterian Synod shows E O Daggett as the minister of a congregation of 212 in Odessa, MO. (See next row) No connection has been made.


Insurance agent, Farmer, Preacher? But never a photographer. Is this the right E O Daggett?
No official records found connect him to photography. How many E O Daggett's could there be in Missouri in the late 19th century? 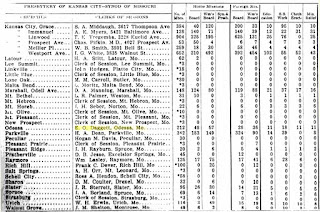 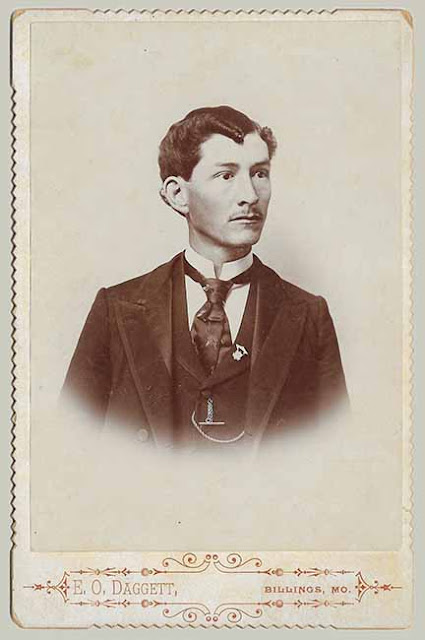 photographer: E O Daggett
Billings, MO
example from RNM05 on Flickr
"Enoch Monroe Hays born in 1872"
(If the subject is about 20
the date of the photograph would be about 1892.) 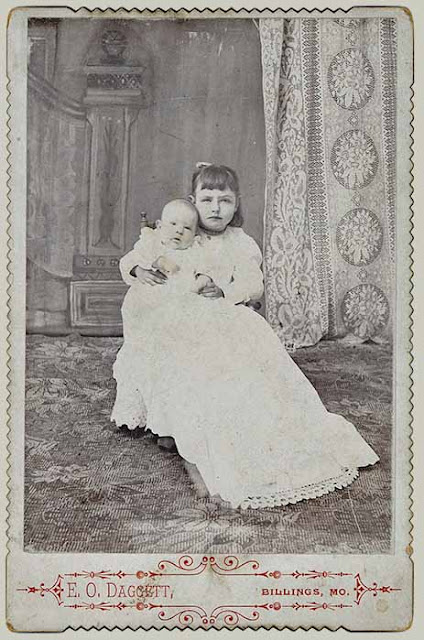 
Note that "MO" stands for Missouri not Montana. It is easy to assume that this would be the Billings that is in Montana. See the example at the top which has the state spelled out.